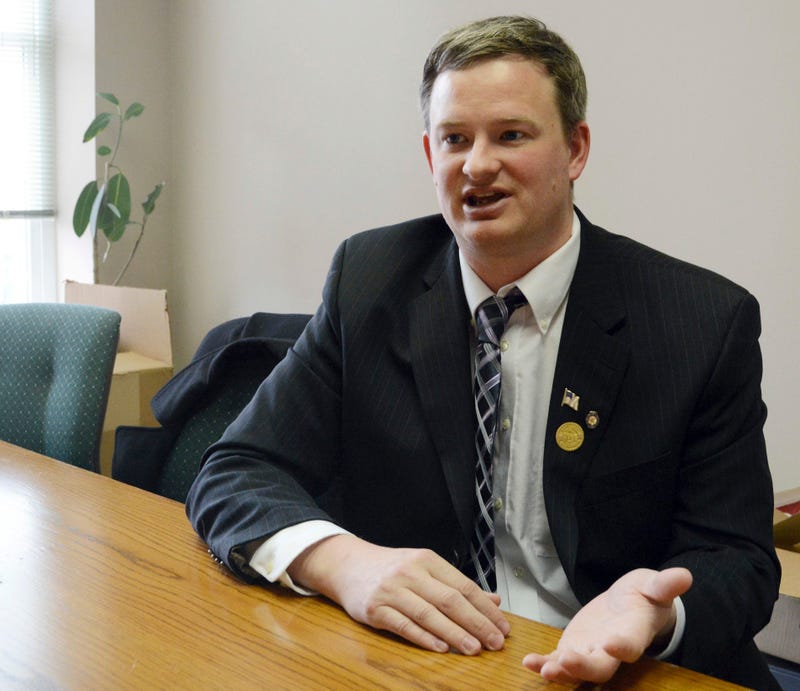 SIOUX FALLS, S.D. (AP) — South Dakota Attorney General Jason Ravnsborg said in a statement on Monday that he discovered he had struck and killed a man walking along a rural stretch of highway only after returning to the scene the next day and discovering the body.

The state's top law enforcement said he initially thought he struck a deer while driving home from a Republican fundraiser on Saturday night. He is under investigation by the South Dakota Highway Patrol.

Ravnsborg said he immediately called 911 after the crash on a rural stretch of U.S. Highway 14 and did not realize he had hit a man until returning to the scene the next morning and finding him. Ravnsborg's revelation that he had found the body of the man, 55-year-old Joseph Boever, was the latest twist in a grim incident with a slow trickle of information.

The Department of Public Safety issued a statement earlier Monday that said only that Ravnsborg told the Hyde County Sheriff’s Office that he had hit a deer. Tony Mangan, a spokesman for the department, would not confirm whether Ravnsborg called 911, saying it is part of the ongoing investigation.

Authorities identified the killed man as Boever on Monday. He had crashed his truck in that area earlier, according to relatives, and was apparently walking near the road toward it.

Republican Gov. Kristi Noem had revealed Sunday that Ravnsborg was involved in a fatal crash and tasked the Department of Public Safety with investigating, but neither she nor the agency had provided any details.

Ravnsborg issued a statement Sunday saying he was “shocked and filled with sorrow." He released a second statement on Monday night detailing his account of the accident, saying that there were many rumors of what had happened.

Ravnsborg said he was driving from a Republican fundraiser in Redfield to his home some 110 miles (177 kilometers) away his vehicle hit something he believed to be a large animal. After calling 911, Ravnborg said he looked around his vehicle in the dark, using a cell phone flashlight. He said that all he could see were pieces of his vehicle.

After Hyde County Sheriff Mike Volek arrived, the two men surveyed the damage at the scene and filled out paperwork for his car to be repaired.

“At no time did either of us suspect that I had been in an accident with a person,” Ravnsborg said.

With his car wrecked, Ravnsborg said he borrowed the sheriff's personal car to return to his home in Pierre. The next morning, he and his chief of staff Tim Bormann drove back to return the sheriff's car.

They stopped at the spot of the accident, where Ravnsborg said he discovered Boever's body near in the grass just off the shoulder of the road. He said they checked Boever's body and found he was dead.

Ravnsborg said he drove to Volek's house and reported the dead body. They both returned to the accident scene, where Volek said he would handle the investigation and asked Ravnborg to return to Pierre, according to Ravnsborg's statement.

Ravnsborg said he was cooperating with the investigation, including providing a blood sample, agreeing to have both of his cell phones searched, and interviewing with law enforcement agents.

But family members of Boever said they were left feeling frustrated and suspicious with the investigation, especially after investigators took nearly 22 hours to allow them to identify Boever's body.

Boever had crashed his truck into a hay bale near the road earlier Saturday evening, according to his cousin Victor Nemec. Boever told his cousin that he had been reaching for some tobacco.

Nemec had given Boever a ride home, which was about 1.5 miles (2.4 kilometers) away, and made plans to make repairs on Sunday. He left Boever after 9 p.m. The crash that killed him happened around 10:30 p.m. Nemec said “there was no indication whatsoever” that his cousin had been drinking.

Boever lived alone and had been separated from his wife, Nick Nemec, another cousin, said.

Victor Nemec, the last known person to see Boever, said that besides answering a few brief questions when he identified the body, investigators have not questioned him about what happened.

“A human doesn’t look like a deer,” he said. “The whole thing stinks to me.”

When Boever’s cousins on Sunday could not find him at his home and saw an accident being investigated near where Boever had left his truck, they grew fearful that he was involved. Victor Nemec said he contacted the sheriff around 10 a.m. and was told to wait. As the hours ticked on, they grew more suspicious and called 911 and the Highway Patrol after 5 p.m. They were allowed to identify his body after 8 p.m. on Sunday.

“I don’t know if cousin Joe was laying on the highway for 22 hours or if they had bagged him up before that,” Nick Nemec said.

Ravnsborg had been at a fundraising dinner hosted by the Spink County Republicans at Rooster’s Bar & Grill. The attorney general is known to be a frequent attendee of the fundraisers known as Lincoln Day Dinners, held by county GOP groups across the state.

Bormann said the attorney general drinks occasionally, but has made it a practice not to drink at the Lincoln Day events.

“I didn’t see him with anything but a Coke," said state Sen. Brock Greenfield, who also attended the dinner.

Ravnsborg has received six traffic tickets for speeding in South Dakota over the last six years. He also received tickets for a seat belt violation and for driving a vehicle without a proper exhaust and muffler system.

The accident prompted some to recall a 2003 incident in which Bill Janklow, a former four-term governor who was a congressman at the time, ran a stop sign at a rural intersection and killed a motorcyclist. Janklow was convicted of manslaughter, prompting his resignation.

The Department of Public Safety says its investigation into Ravnsborg's crash is ongoing.