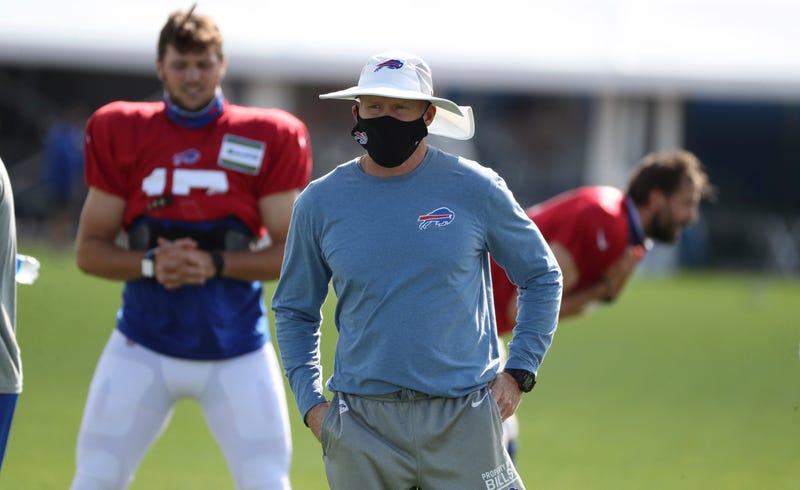 North Carolina athletic director Bubba Cunningham says the school will begin football and other fall sports without fans at home because of the pandemic.

In an open letter to fans Friday, Cunningham says the restriction will last through September for football, men’s and women’s soccer, field hockey, volleyball and cross country. In addition, tailgating won’t be allowed on campus.

“This decision … was the only way we could move forward with competition,” Cunningham says. “Our student-athletes want to play, and we must do so as safely as possible.

Cunningham says the hope is to potentially allow some fans in October, though that would potentially come only after school officials and medical experts evaluate safety conditions. He also says school officials “remain hopeful that we will be able to safely cheer together in large groups again this season.”

The school has canceled all in-person undergraduate classes in favor of online-only instruction after multiple coronavirus clusters on campus since students returned for the fall semester.

Roma has canceled its opening preseason training session as a precautionary measure after a third player tested positive for the coronavirus.

Right back Bruno Peres says on Instagram he has tested positive. He adds that he’s well and has no symptoms.

The club says it will perform another round of virus tests on Saturday before deciding whether or not to go forward with training.

Serie A is scheduled to start Sept. 19.

Union Berlin plans to celebrate its stadium’s 100th birthday by playing in front of supporters for the first time since the coronavirus pandemic broke.

The Bundesliga club says it will host Nuremberg in a pre-season friendly on Sept. 5 and that up to 5,000 people can attend. Hygiene measures will apply.

Tickets are only available to club members older than 12 and will be issued after a draw. Tickets will be personalized “in order to ensure legally-required tracking of visitors.”

Those attending will need to wear a mask until reaching their allocated seat and they will need to put it on again when leaving.

The game will take place 100 years after then-German champion Nuremberg played Union in the first match at the Stadion An der Alten Försterei in Köpenick on Aug. 7, 1920.

An upcoming Formula One race in Italy could be open to 3,000 fans.

Rossi tells the Gazzetta dello Sport “the circuit contains three big tribunes that are well spaced apart so the limit of 1,000 people per the national rules on public events can reasonably be considered as the capacity limit for each tribune.”

Fans will have their temperature taken upon arrival and be asked to observe social distancing procedures and wear masks if it is approved.

The only spectators at the Italian GP in Monza a week earlier will be 250 specially invited health workers.

A player has tested positive for the coronavirus ahead of a women’s tennis tournament in Prague.

Tournament director David Trunda says the unidentified player was isolating in her hotel room and will be re-tested. Trunda says the player didn’t meet any other participants in the tournament.

All 150 players are tested on arrival and have to wait in their hotel rooms for the results.

The event is for players who would have been at the U.S. Open qualifying tournament. It opens on Saturday.

U.S. Open qualifying was canceled this year because of the coronavirus pandemic.

The International Judo Federation says it is restarting events which should feed into qualifying for the Tokyo Olympics.

International judo events started to be affected by the coronavirus in February when Chinese teams withdrew from competing in Europe. Cancellations began