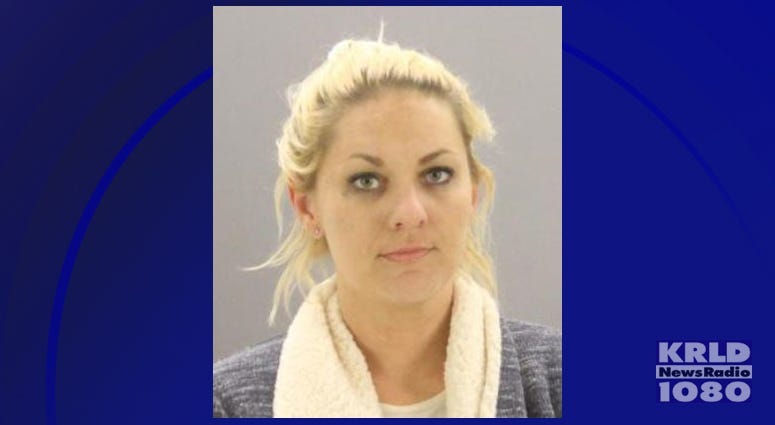 Companies now have methods of delivering goods to customers. Drivers are needed for the deliveries. And thieves have a whole new business model.

They are called "porch pirates." In reality they are thieves who steal delivery packages from the front door. While the thefts have spiked around the holiday season, when gifts are bought and delivered, the increased use of home delivery is keeping police on their toes year round.

In Dallas County one of the biggest offenders as her case made it through the legal system. Caught and convicted, Kelly Russell is not going to jail.

Russell swiped thousands of dollars of goods from the front steps of her victims around Christmastime in 2017. She was recorded on several home security systems. Her victims were largely in the Lakewoods area of Dallas and in the tony Bordeaux neighborhood of Highland Park.

The victims were not random. Russell found it profitable to drive down certain streets, picking off victims by the scores.

Among her victims Philip McNicholas and his neighbors in Dallas.

"She went west on the street north of me, she turned left and went down Alderson, heading south and then turned left at my house." said McNicholas. "We could, like, piece together a timeline of where she actually went on that day."

Some of the deliveries were obvious. McNicholas says there were electronics and clothes. Other items, in the anonymity of their cardboard containers, were less obvious.

Dallas police investigators were able to develop a profile of Russell and put her under surveillance. She was finally caught and had so much stolen merchandise that Russell needed a storage locker to hold her take.

KRLD News followed Russell's case as it made it's way through the court system and found she was treated as many thieves.

After pleading guilty to the theft of more than $3,000.00 of property, Russell was sentenced to two years deferred adjudication. It's a form of probation with conditions, but there is no jail time.

That angers another of Russell's victims, Carl Morgan.

"I think that's ridiculous." said Morgan. "I don't know what her circumstances are but I think probation is ridiculous."

Morgan was at home, working when several industrial items for his company were delivered to his doorstep. He faults himself for leaving the items on the step while he took care of an errand. 10 minutes later, when he returned, the boxes were gone. While Morgan blames himself for not immediately bringing the boxes in, he also says "The blame is on her."

Police at the Highland Park Department of Public Safety referred questions to Dallas Police, since it was the initiating agency.

Dallas police declined comment. The Dallas County District Attorney's office did not respond to our request for comment.