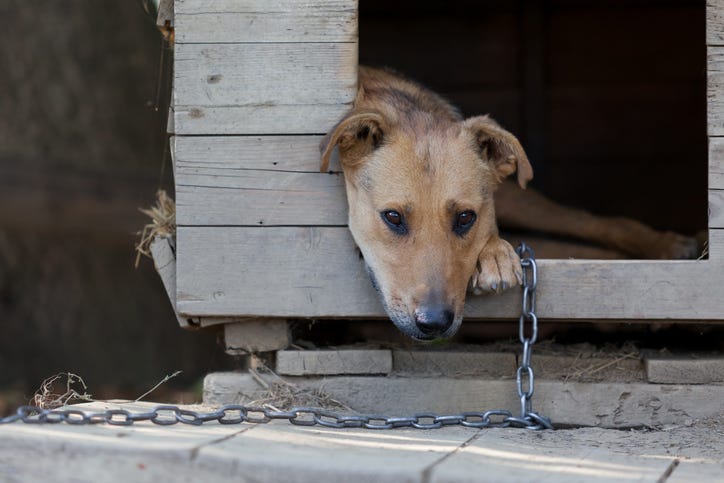 It would ban chaining them outside in bad weather, cold, rain or high heat or before it hits.

Dogs would have to have access to shelter and clean water.

Tena Lundquist-Faust with the nonprofit Houston PetSet partners says dogs have died being left chained outdoors. She says there was more than one case in Houston last year. "They didn't have water.  They didn't have anything to them from the elements.  The rescuer asked for a necropsy and the died died of exposure."

The bill also bans the use of weighed chains, chains shorter than 10 feet and those not attached to a properly fitted collar or harness.

Lundquist-Faust says chains can get hooked on items outside and heavy chains are used in dog-fighting rings. She says "all the animals on the ends of these chains feel the same thing and they suffer the same way.  We domesticated them and it's our job to protect them."

The bill would make chaining a dog under such circumstances a Class C misdemeanor and second offenders could be charged with a Class B misdemeanor.