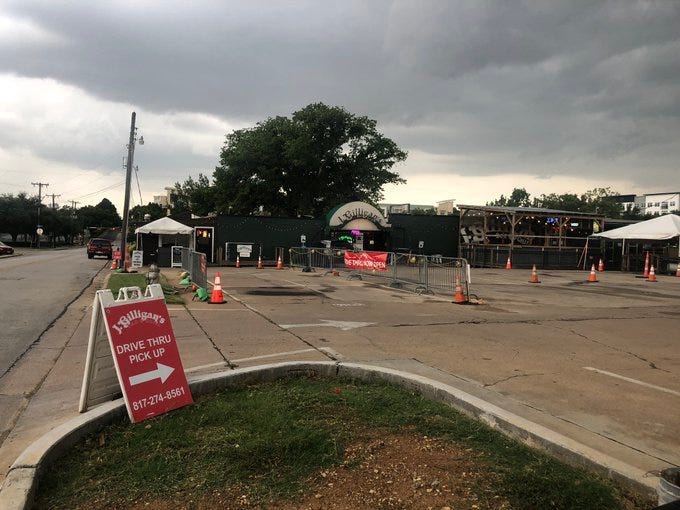 DALLAS (KRLD) - Businesses in Downtown Arlington say they will lose one of their busiest weekends of the summer as a result of cancellations prompted by COVID-19. Last week, organizers of Arlington's 4th of July parade and "Light Up Arlington" festival announced both events would be canceled, and the fireworks show, to take place Friday night, would be moved to the Entertainment District.

The parade and festival Saturday have been canceled. Organizers say the events draw about 75,000 people downtown.

"That's devastating, it really is," says Randy Ford, owner of J. Gilligan's Bar and Grill. "Those two days are a big deal for us, and this year, we don't have it."

Ford says the Fourth of July is typically one of his busiest periods of the summer, and with the 4th falling on a weekend, this would have been an even bigger push for businesses downtown.

"Summer is slow. There's no doubt June and, particularly July, are slow so that July 3rd 'Light Up Downtown' is a big deal for us," he says.

Ford says he respects the need for restrictions to try to slow the spread of COVID-19. He says less than half his sales come from alcohol, but he shut down the side of J. Gilligan's with the bar and has only kept the restaurant open, and at reduced capacity.

He says his sales had plunged, not just because of restrictions, but because so many offices in Downtown Arlington have closed, and classes at UT-Arlington were canceled.

Since the restrictions started, J. Gilligan's has been offering drive-thru and curbside pick-up.