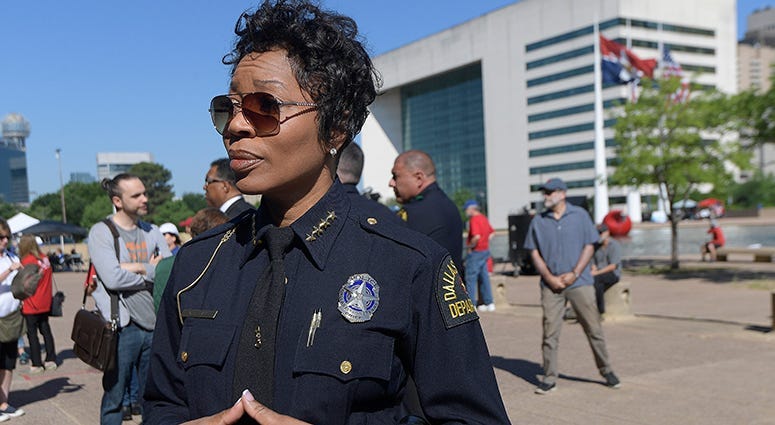 DALLAS (1080 KRLD) - Dallas Police Chief U. Renee Hall is scheduled to return to work Monday. She has been on medical leave since July 10.

A statement from the city last week said Hall would be meeting with her command staff and limiting public appearances when she returns.

While Hall returns to work, the city is looking at how stop an increase in violent crimes. Homicides are up about 20 percent in Dallas in 2019, and Mayor Eric Johnson has formed a task force including police, community leaders and religious leaders to look at ways to reduce the crime rate.

Sunday, police and church pastors played each other in a basketball game at an arena near Fair Park. This was the fifth year for the "Together We Ball" game, but people attending say they hope the task force formed this year will bring the community together.

"We need to get a grip on that, and hopefully events like this help," says one man who attended the game with his family.

"We need leadership," says Sgt. Sheldon Smith, the president of the National Black Police Association. "Our leaders need to step up. We need that direction. We need for her to come out and be chief, so we're glad she's coming back."

Today, Chief Hall returns to duty after being on family medical leave. She truly appreciates the many kind words and prayers from the City of Dallas and community. Hall is excited about resuming her normal activity and cannot thank DPD enough for their excellent work. pic.twitter.com/FRR1QnExPf