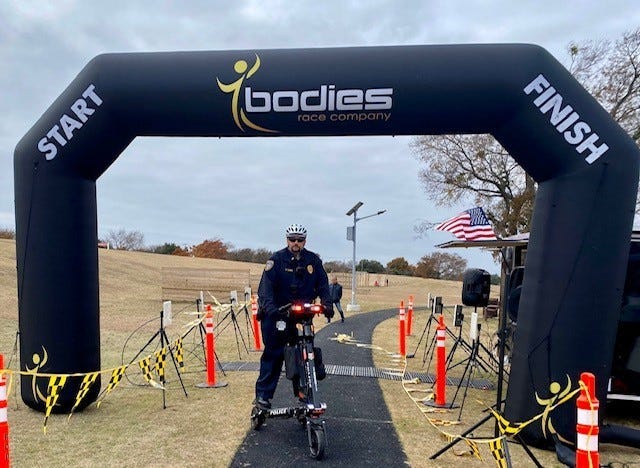 DALLAS (1080 KRLD) - Police at El Centro College in downtown Dallas are using some new technology to patrol the campus.

"It has three wheels. The stability on it is a lot better and it's safer for us," said Officer Luis Leal. "It's really silent, so we can get around the campus without causing too much of a disruption to campus. We'll also be able to patrol outside of campus."

The Trikkes can travel up to 40 miles per hour over various types of terrain. Officers say they'll be able to quickly reach areas that are not accessible by a car or golf cart.

"We have several buildings spread out downtown. With the one-way traffic downtown, we can use these on the street or we can jump onto the sidewalk...to respond to a call as quickly as possible," said Officer Leal.

Police also say the Trikkes will make them more visible to the campus community. "Officers can get around, and people will walk up to us just because they want to know what it is," said DCCCD Chief of Police Lauretta Hill.

The first two Trikkes are being deployed at c. Officers are required to take several hours of training before using them.

The District also plans to deploy two Trikkes to Brookhaven College and could expand their use to other campuses.