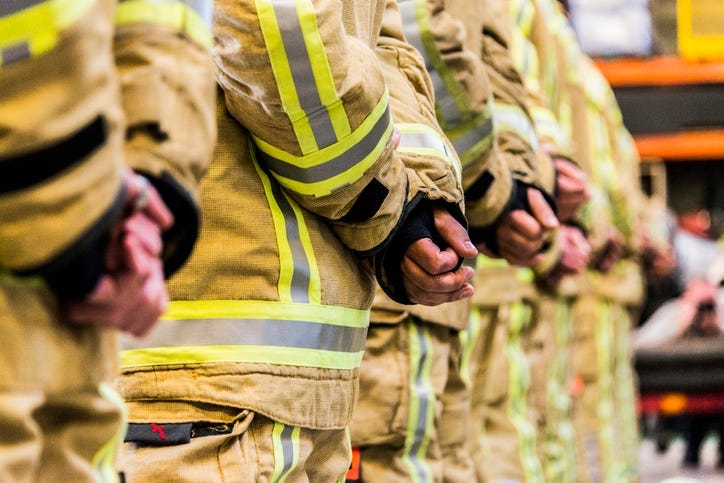 AUSTIN (1080 KRLD)- In front of the 9-11 memorial at the historic Texas State Cemetery in Austin the Emergency Service Pipes and Drums Association (ESPADA) gathered to honor those who lost their lives 19-years ago.

The Association is made up of Police, firefighters and paramedics from all over Texas.

ESPADA member, Sgt. Michael Cumrine of the Austin Police Department spoke of the dedication of the first responders who lost their lives on 9-11-2001. “Of the 2,977 lost 412 of them were emergency services personnel who rushed to the tower to save others,” said Cumrine.

“They rushed the tower to do their duty, who made the ultimate sacrifice for their fellow citizens.”

Before ending with AMAZING GRACE, Cumrine orchestrated the emotions of the crowd. “Before we play this tune, we ask that you think of a loved one. You think of somebody who is already gone, maybe somebody who was taken too soon, a fireman, a policeman, an EMS personnel, or soldier, a sailor an airmen or Marine, but not only that, but think of somebody that's been close to you that unfortunate that you have lost.”