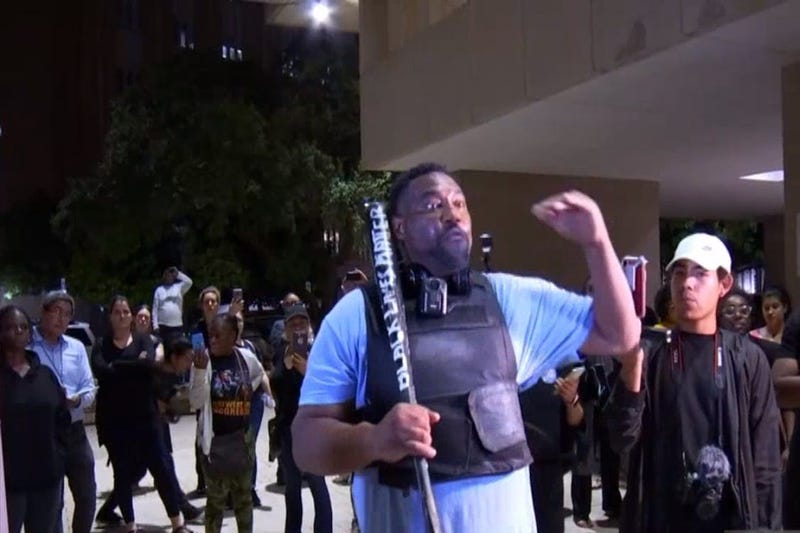 FORT WORTH (KRLD) - So many people attended Tuesday night's Fort Worth City Council meeting, the fire marshal stopped letting people into City Hall. Hundreds of people signed up to speak about the former officer charged with murder for killing Atatiana Jefferson in her home.

Aaron Dean has been charged with murder. He was arrested and posted bond Monday evening.

When the city council chambers filled up, the fire marshal would only let someone in when someone else left. About 200 people were waiting ​outside City Hall during the meeting.

While they waited, many formed a large circle and started a demonstration.

"Do you trust the police right now?" one man yelled, with others shouting, "No!"

The crowd urged people to vote for a change in city leadership and for City Manager David Cooke and Assistant City Manager Jay Chapa to be fired.