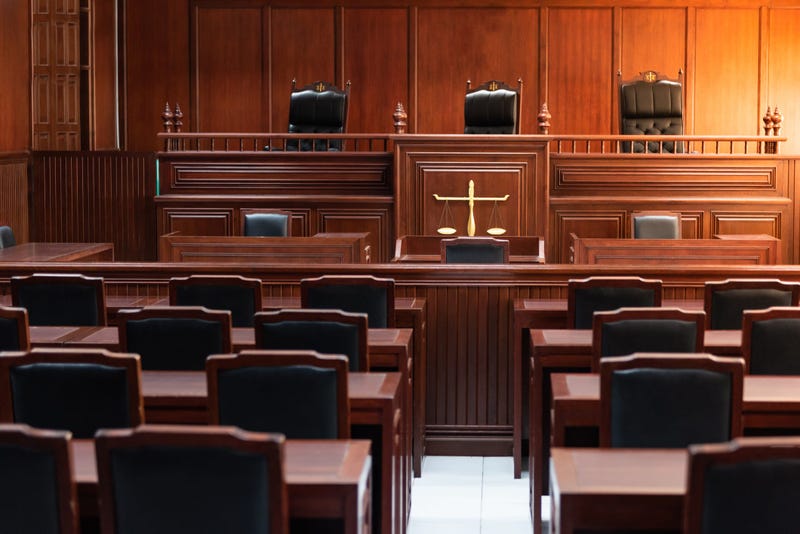 FORT WORTH (1080 KRLD) - The case of a one-year-old girl hospitalized her entire life with a rare heart defect makes its way to the Tarrant County Court of Appeals.

Lawyers for Tinslee Lewis and her mother, as well as those for Cook Children’s Medical Center, took 15 minutes each to state their cases before a three-judge panel.

The hospital is seeking the go-ahead to end life-support for Tinslee, who they say will never improve and suffers every day.

Tinslee’s mother, Trinity, says though that she is showing signs of improvement.

After the hearing, Kyleen Wright, president of Texans for Life, speaking in support of the hospital, says a search for a new facility for Tinslee has so far been futile.

“We have had a worldwide search for other facilities that has gone on since July, when the hospital started voluntarily doing this.”

“For over three months the hospital has said that her life isn't worth living,” Trinity says. “But Tinslee is still here, and she's still fighting.”

At issue is a state law that allows doctors and healthcare facilities to end life-support without the consent of the family.

Joe Nixon, lawyer for Tinslee and her mother, says that law affects every Texan.

“If you allow a third party to say that at some point in your life, your life is not worth living to them, we're all in trouble,” says Nixon.

But Joe Pojman, executive director of Texas Alliance for Life, says the appellate court should uphold the law.

“We believe the proper place to improve the dispute resolution process is in the legislature,” says Pojman. “And we don't think that the court should short-circuit that process by being an activist court.”

“We do have to rely somewhat on our medical providers,” says Wright. “And I don't think we're to the point in society where none of us can trust our doctors and nurses.”

Trinity Lewis says she will never stop fighting for her daughter.

“As her mom, I will keep fighting for her,” says Trinity. “I hope and pray these judges will give Tinslee a fair chance”

The court will issue a written opinion at a later date.

As Tinslee Lewis continues her fight, she has two powerful Texans on her side — Governor Abbott and Texas Attorney General Ken Paxton.

“I urge the court to protect the life of this baby girl while her family members are given the opportunity to tell their side of the story and fight for their daughter,” Paxton says in a statement.

Paxton continues, “Life is the first constitutionally protected interest, and this case is a matter of life and death for a defenseless child. This baby girl, like all Texans, must be afforded the rights she deserves.”

Cook Children’s Medical Center also issued a statement on today’s hearing, saying it will continue to provide Tinslee with the highest level of care as the case makes its way through the courts.

“When a child comes to us in a compromised condition, no reasonable effort is spared,” the statement read. “For children suffering from chronic disease and complex medical issues, Cook Children’s provides round-the-clock, intensive care and attention to ensure their needs are met.”

Nixon reiterated in court that the hospital is but the culprit in this case; instead, the culprit is the law that allows it to end Tinslee’s life-support against her mother’s wishes.