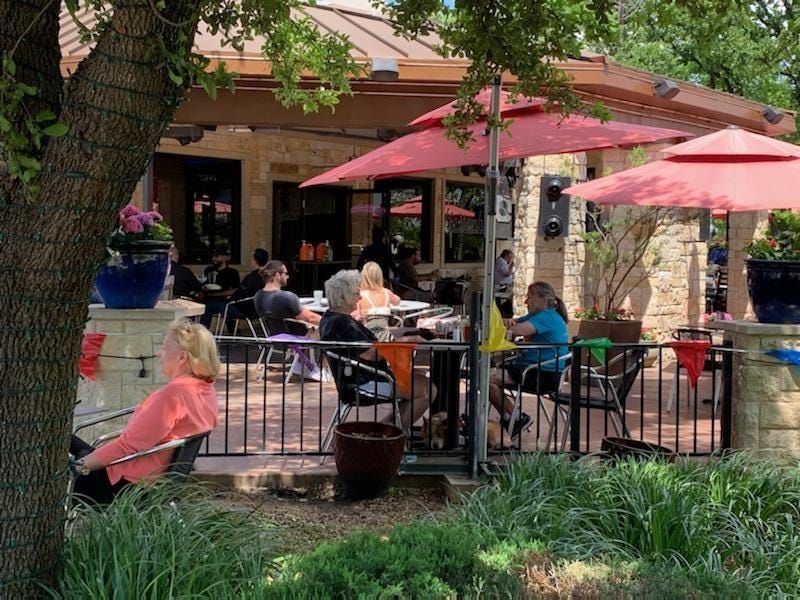 Businesses still are required to stay at or below 25 percent capacity.

In Fort Worth, several people were parked outside Ol' South Pancake House before they opened at 6 a.m. Friday.

"I've spent sort of a lifetime in the restaurant business, and I have a real feeling for those people who are out of work right now. Many of them live on tips," one man said before he went inside. "I can just see those families, how they're hurting."

Ol' South posted on Facebook, writing, "The tradition continues Friday, May 1." The restaurant says it is using "top-level sanitation" and has set up its dining room to practice social distancing.

The restaurant says it is "operating under strict guidelines that follow the criteria set by the city of Fort Worth."

"I've missed talking to people, getting to know people," one employee said as she walked in Friday morning. "I've built up clientele here. I've built up regulars."

She says she is a single mom and took a job at a grocery store to pay bill. She says she may have to keep the second job while capacity is limited, saying that would limit her tips.

In Uptown Dallas, Katy Trail Ice House is also re-opening. They require customers to stay only for an hour and a half, unless they have a group of six, then its two hours.

Food must be purchased before ordering an alcoholic beverage.

In addition to malls, movie theaters and restaurants, museums and libraries were allowed to reopen Friday with 25 percent capacity.

Governor Greg Abbott says he may lift the threshold for capacity to 50 percent May 18 if the state sees two weeks of data showing no "flare-up of COVID-19."

Ol’ South Pancake House says they’re spacing people farther apart & providing “top level sanitation.” Some people were waiting outside as soon as they opened at 6 am. “I have a real feeling for people who are out of work right now. Many of them live on tips.” pic.twitter.com/0RL9Cd8eBv