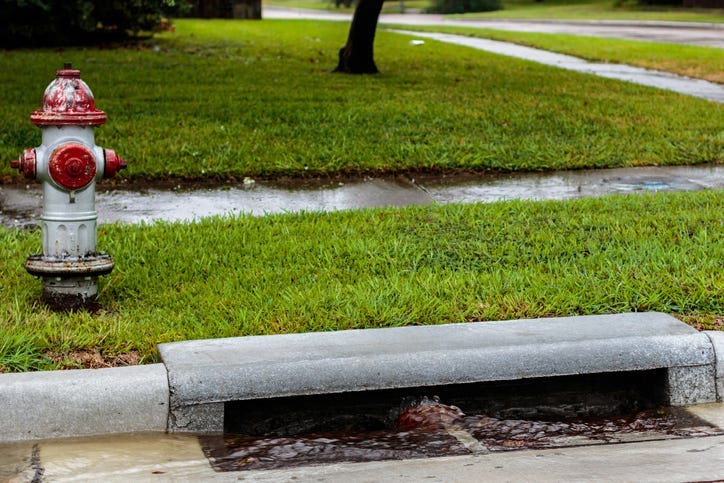 AUSTIN (1080 KRLD) - Amid ongoing problems with water pollution and flooding, cities across Texas are turning to nature-based infrastructure.

San Antonio and Austin lead the way, followed closely by Harris County, according to a new report by Environment Texas Research and Policy Center, which ranks local governments across Texas on how well their stormwater policy incorporates nature-based infrastructure, like rain gardens, green roofs and constructed wetlands.

“Nature-based infrastructure helps keep Texans safe,” said Anna Farrell-Sherman, Clean Water Associate with Environment Texas Research and Policy Center and author of the report. “It is about time that Texas governments recognized how important these features are to mitigating flooding and reducing water pollution.”

No local government scored above a 69% on the scorecard, which Farrell-Sherman says is indicative of the room Texas has to grow. “This year’s scorecard was much more rigorous than the one we published in 2017,” she explained. “Nature-based infrastructure is booming, but if we want to be on par with global leaders like Seattle and Singapore, we still have room to grow.”

With two thirds of Texas freshwater sites and half of all beaches too polluted to safely swim in on at least one testing day in 2017, it is clear Texas has a water pollution problem.

When stormwater runs off our roofs, roads, commercial centers, farms, and parking lots, it picks up toxic chemicals, excess nutrients, and other forms of pollution. This pollution not only threatens to make us sick when we swim at our local beaches, but also can contaminate our drinking water and endanger the habitat of our state’s wildlife.

Austin, which received the highest score on the 2017 publication of the scorecard, is now tied with San Antonio in first place, with Harris County close behind. All three leading local governments have impressive public initiatives, from San Antonio’s citywide watershed modeling and LID planning to Austin’s exemplary education program complete with workshops and manuals, and Harris County’s drone-based monitoring program.

San Antonio is also the only local government with a mandate for nature-based infrastructure in some areas of the city.

“I am excited that Texas is looking to the future” Farrell-Sherman said. “Every local government we surveyed expressed their excitement to continue expanding nature-based features in their jurisdiction.”