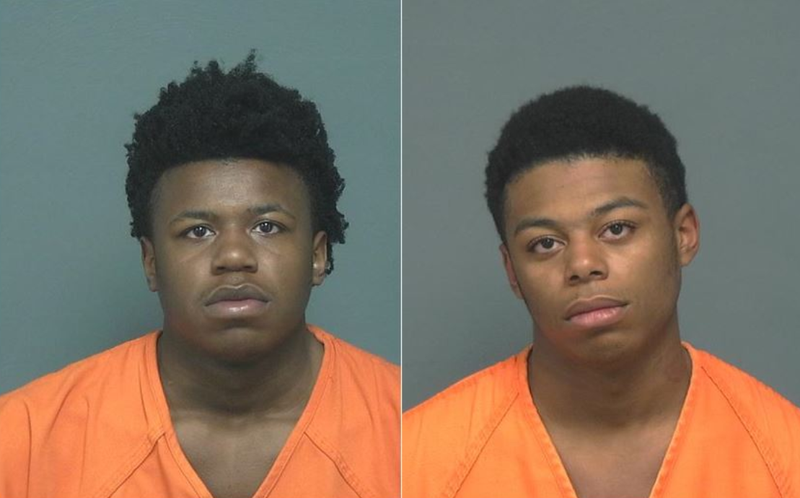 DALLAS (KRLD) - Two teenagers from Dallas are behind bars in connection with a robbery in Mesquite.

After that, police say they confronted one of the employees at gunpoint and robbed the restaurant.

They have arrested 19-year-old Kenneth Marine and his brother, 17-year-old Kendell Marine of Dallas.

Both are being held on aggravated robbery charges at the Dallas County Jail. Bond for each of them has been set at $100,000.