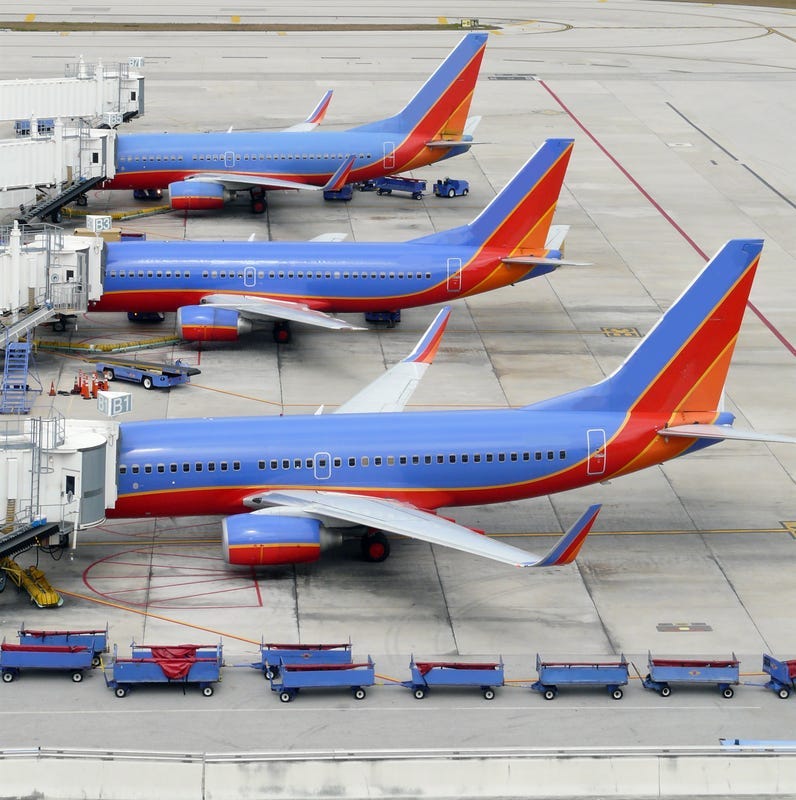 DALLAS (NBC DFW) - Police and firefighters surrounded a Southwest Airlines jet after it landed at Dallas Love Field Airport Friday afternoon after a threat was received on social media.

According to an NBC 5 source familiar with the situation, a passenger onboard Flight 925 from Lubbock to Dallas received a threat on social media while the flight was in the air.

The airline investigated and determined the threat was "noncredible," however they were still granted an expedited clearance into Love Field.

The plane was surrounded by police and fire vehicles after landing and escorted to the gate.

Out of an abundance of caution, passengers are expected to be deplaned and re-screened before continuing.

Though there have been some reports of delays, flights at the airport are still departing and arriving.

Dallas police are investigating the threat.

This is a developing story. You can read more from our media partners at NBC DFW here.