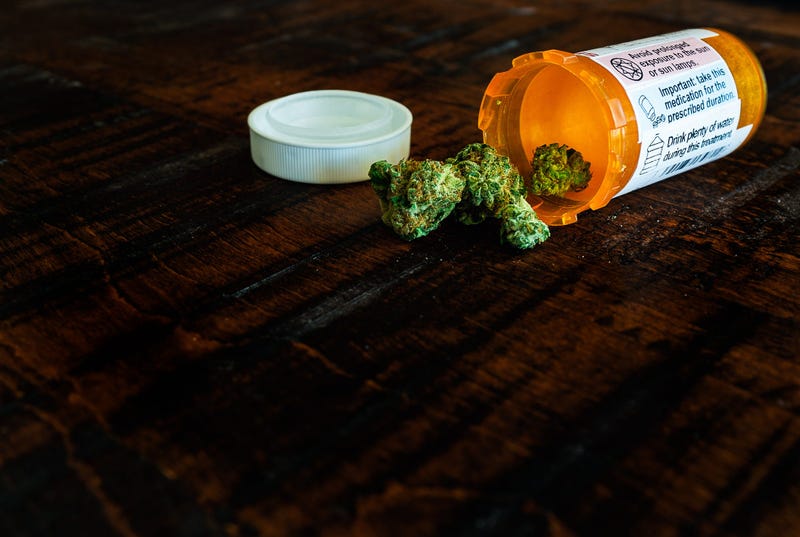 This year, the Texas Legislature approved the use of medical marijuana to treat autism and for terminal cancer patients, but veterans say marijuana can treat the symptoms of post traumatic stress as well.

Head spent more than half of his five years in the Army in Iraq. He says a friend was killed just before he was scheduled to go home.

Head says he started drinking heavily and taking pain pills to get over the memories. He says the alcohol and drugs started taking a toll on his family.

"I knew if I continued down the path of the pills and booze, something bad's going to happen," Head says. "I reached out to friends of mine in the military and asked what they would do, and some people suggested cannabis."

He says he noticed changes immediately. "I don't hurt. I slept like a rock," Head says.

But Head says veterans dealing with post traumatic stress face a dilemma. "Do I decide to become illegally healthy that's best for my family, or do I become legally unhealthy?" he asks.

Head believes legalized marijuana for post traumatic stress could cut opioid abuse. He lives in Carrollton, but he started a legal grow operation in Maine with another veteran.

Texas legalized hemp and CBD oil during this session. Head hopes the legislature will add post traumatic stress to the approved uses of medical marijuana during the next session in 2021.

music
Bed of Rosés: Jon Bon Jovi now has candy to go with his wine
music
Sam Hunt fills us in on his favorite memory with Mom and when we can expect new music
music
Revisit every Coldplay song set to be sung on 'American Idol'
music
'Van Weezer' is here and these are the most radical responses from fans
music
Tap in to the triumphant return of Isaiah Rashad
news
Disney World rolls back a major pandemic safety protocol as vaccinations increase