What to Watch | ‘It's A Wonderful Binge’ toys with twisted concept: alcohol and drugs are only legal on Christmas 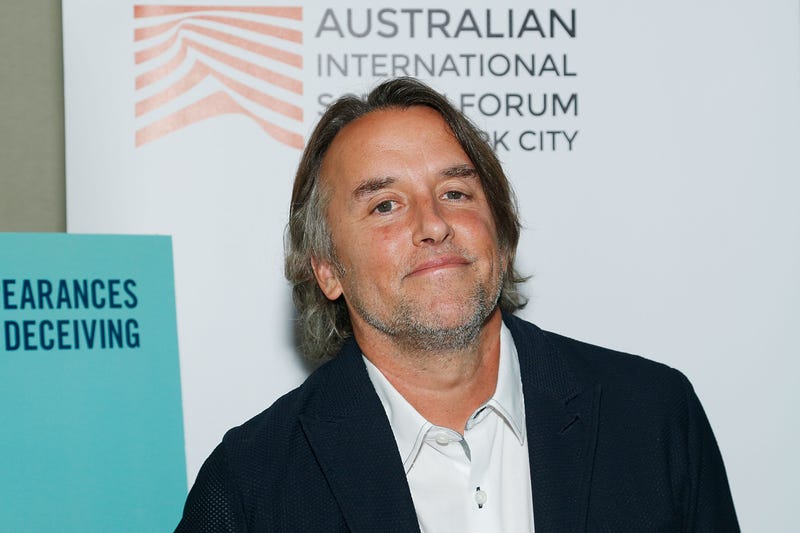 Texas filmmaker Richard Linklater is no stranger to pushing the boundaries of conventional cinema, and his latest work does just that.

This week the trailer for Apollo 10½ was released ahead of its April release on Netflix. Created using the rotoscope animation technique Linklater has used twice before, Apollo 10½ promises to be a creative and unique take on a Texas boy's coming-of-age story back in the space age crazed 60s.

In preparation for this release, why not spend your weekend delving into the distinctive back catalog of Linklater? Here are five recommendations:

Filmed on the streets of Austin, Slacker was Linklater's first feature-length movie, created on a shoestring budget by a group of budding young filmmakers.

Rather than relying on a traditional narrative arc, special effects, or star power names, Slacker relies solely on the mundane and extraordinary goings-on in the lives of everyday Austinites to keep you entertained as the focus jumps from conversation to conversation.

If you've ever felt the urge to eavesdrop in somebody's discussion - and let's be honest, everybody has - Slacker can be bought/rented on YouTube.

Set - as the majority of his movies are - in Texas, Dazed and Confused was Linklater's first Hollywood-backed project and features a number of recognizable faces.

Dazed and Confused follows a selection of 70s high schoolers and junior schoolers on the last day of term before their summer break before, as all teens believe, their lives forever change.

If you're looking to relive your glory days or imagine what could have been had you been born just a few decades earlier, Dazed and Confused can be rented on Amazon Prime Video.

In typical Linklater fashion, Bernie mixes fiction with reality. Based in small-town Texas, Linklater used a mixture of experienced actors and genuine town inhabitants to lend the film credence and believability that helps to balance out the larger-than-life characters of Jack Black and Matthew McConaughey.

This tale follows a much-loved local mortician and a key member of the community Bernie, played by Black, and his slowly souring relationship with an affluent local widow, Marjorie Nugent, played by Shirley MacLaine.

With Nugent's controlling nature eventually taking its toll, Bernie murders her and the shift focuses on whether this typically mild-mannered man was justified in his actions.

This biographical, documentary-style black comedy based on real-life events, is not only worth watching for its truly bizarre plot, but also McConaughey's mother's excellent cameo.

Bernie can be watched for free via Pluto TV.

Sticking with a Texas-based comedy, Everybody Wants Some follows a college freshman baseball player as he moves into his team's house and quickly looks to adapt to this next step in his life. As is a common thread throughout Linklater's work, Everybody Wants Some tackles real-life issues such as falling for someone, finding your standing in a new group of peers, and simply figuring out who it is you really are.

Based in the 80s and featuring locations loosely based on Linklater's own time as a college baseball player at Sam Houston State University, Everybody Wants Some is a charming look back at the formative years of young people, within which most should be able to find someone to relate to.

Once more, this movie doesn't contain much in the way of your stereotypical narrative arc - although more so than the likes of Slacker.

Everybody Wants Some can be rented/bought on Amazon Prime Video.

Released in 2014, Boyhood was filmed over a 12-year-period and follows the growth of Mason, played by Ellar Coltrane, from a young boy set to move to Houston with his mother and sister, to a young adult heading off to college.

If you're of the impression that Linklater tends to focus his work on relatable real-life experiences, questioning and approaching life from a philosophical stance throughout, rather than relying on your typical blockbuster plot - you're right, and Boyhood is a prime example.

The story here is Mason, and the experiences he lives through from leaving his childhood home and starting anew, to watching his parents work through highs and lows, all while progressively learning more about yourself and discovering your true personality and passions amidst life's difficulties.

Beautifully shot, beautifully acted, and beautifully written, this movie is truly remarkable across the board.

Starring the likes of Patricia Arquette and Ethan Hawke, Boyhood can be watched via subscription on Amazon Prime Video.

Seeing as we're packaging this as a trilogy, we won't include it in our list of five but still had to recommend it. Don't worry; You'll forgive this indiscretion once you've watched them.

The Before trilogy is truly one-of-a-kind. Filmed nine years apart, it follows Jesse and Celine, played by Ethan Hawke and Julie Delphy, from Vienna to Paris, and ultimately Greece. In its most basic form, the trilogy follows two people as they grow from their idealistic and romantic young selves to realistic and battle-hardened middle-aged parents - traveling from dream to reality.

Before Sunrise sees the protagonists meet on a train in Austria, deciding to take the chance and spend the night exploring the streets of Vienna. As they wander the dimly lit city, the two discuss life and love, slowly falling for one another before the sun rises and they must part ways.

Before Sunset follows the now 30 somethings as their path cross in Paris when Celine attends Jesse's book release. Shot in real-time, the movie then follows the two as they catch up, reminisce about old times, and slowly open up to one another about what could have been. As the sun sets on their time together and the clock counts down to Jesse's flight home, it becomes ever more inevitable that these two romantic and slightly damaged souls are destined for one another.

Released, you guessed it, nine years later Before Midnight follows the now middle-aged married couple on vacation in Greece over the course of one afternoon/evening. With life having taken its toll on the two both individually and as a couple, the scars of the years slowly begin to show themselves as the movie progresses, culminating in arguably one of the most realistic and brutal relationship breakdowns in modern cinema. The two are forced to come to terms with the imperfect nature of their lives, and the fact that love and life are far from ideal.

Yes, these movies can be a tough watch from time to time, but Linklater's dedication to depicting life in its truest forms - warts and all - is remarkable.

The Before trilogy can be rented/bought on Amazon Prime Video.

Once you've finished binging Linklater's movies, why not head out on a road trip to Houston, Austin, Carthage, Big Bend, and well, anywhere in Texas and you're sure to stumble upon a filming location used in one of his films. 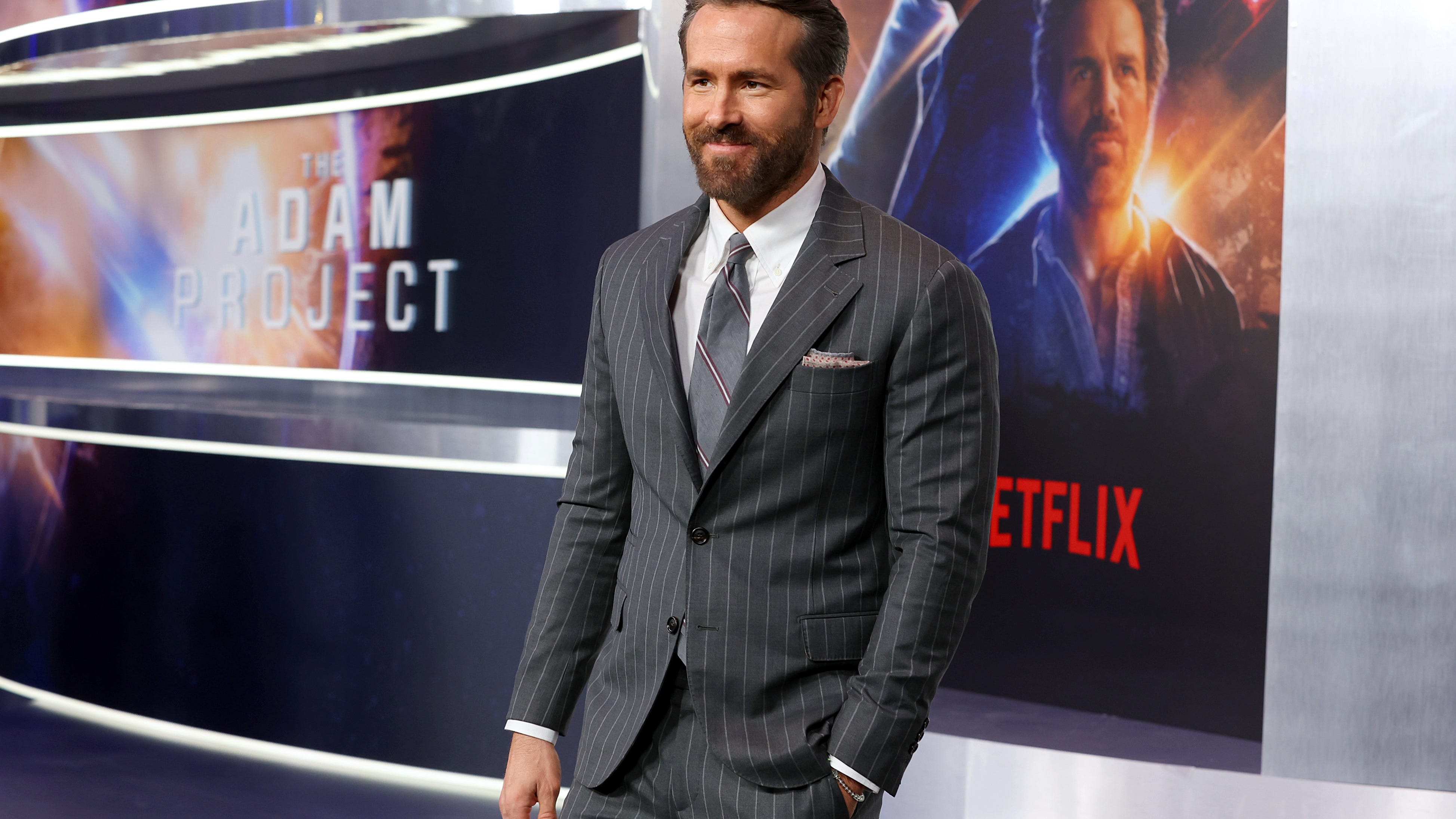 Get Your Popcorn: 5 Ryan Reynolds movies to stream