Monday marks the 36th anniversary of the crash of Delta Flight 191 when the plane tumbled out of the sky at the northern edge of Dallas/Fort Worth International Airport.

On the afternoon of August 2nd, 1985, Delta 191 ran into a developing thunderstorm and wind shear conditions as it made its final approach to DFW. The winds - a weather phenomenon known as a microburst - initially sped the plane up, then slowed it down dramatically and caused it to hit the ground before the runway.

The crash and its 137 deaths forged new technologies in aircraft and on the ground that have combined to prevent a similar accident of 191's scale. Delta 191's aftermath changed how regulators approached weather threats, how pilots talked to each other in the cockpit, and even how fire rescue crews at airports save lives at crashes. 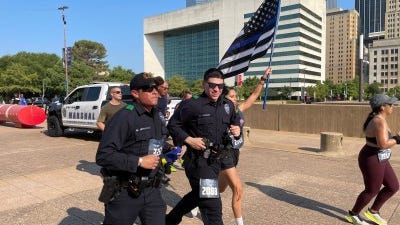 Thousands turn out for Dallas Police's Run the Blue