"I knew it day one they were going to make it," one woman who had visited several times said as she waited for Goldee's to open Friday. "Their barbecue's the bomb. It's the best."

"We are sooo honored to be on this amazing list! We aren’t sure what to expect, but we are ready to feed a lot of new faces!" Goldee's posted on Facebook after receiving the award Monday.

Goldee's is only open Fridays, Saturdays and Sundays. This was the restaurant's first day open since receiving notification. Goldee's opens at 11 and stays open until selling out of food.

"If they don't sell out at lunch, you don't want it," one man said after picking up his order. "That's kind of the mentality I've taken on the barbecue grail-hunting I've done."

"It's smoked meat. How can it be bad?" he says. "You go into it with an open mind. You're going to enjoy whatever you're eating because it's somebody perfecting their craft."

He said his dad and brother were going to join him, and he also wanted some food to reheat.

Goldee's opened in March 2020. This was Texas Monthly's first update to its "Top 50 Texas BBQ Joints" list in more than four years.

Two other North Texas restaurants finished in the Top 10: Panther City BBQ in Fort Worth was number 10; Cattleack Barbeque in Dallas was number 6. A complete list is available here. 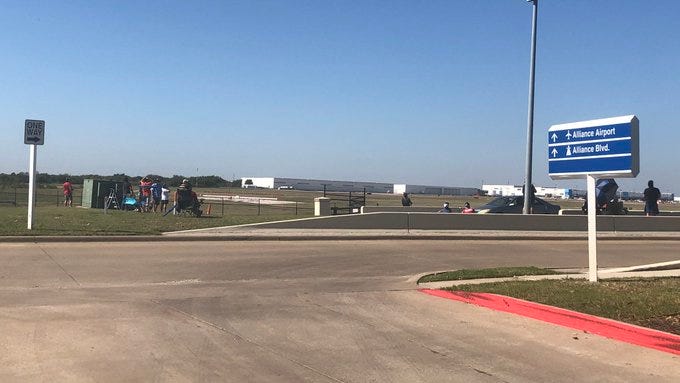 Fans pack streets around Alliance ahead of air show