The Hall of Fame lyricist, best known for his long-time collaboration with Elton John, certainly left his mark on 20th century music.

But it's his passion for visual art that drives him today.

"I'd always wanted to be a visual artist since I was a kid," Taupin says. "Driven by a passion for art that my mother had that she instilled in me."

Taupin's exhibition called American Anthem is on view through August 1st at the Museum of Biblical Art | National Center for Jewish Art in North Dallas. 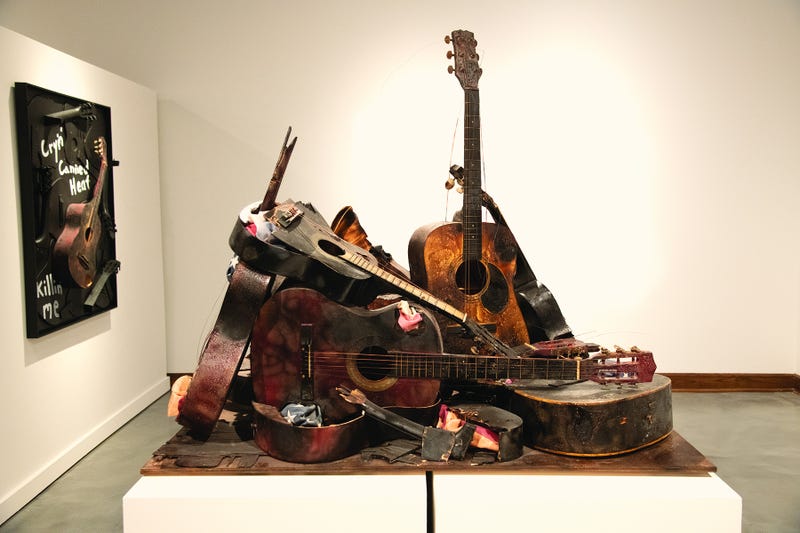 "(The passion for art) was always there," he says. "But it was somewhat dormant until I really got to a place where I could settle down and not live the transient life that I was living."

Once he settled into a California ranch in the Santa Ynez Valley, northwest of Santa Barbara, his creativity really started to thrive.

"You begin by emulating your peers and your heroes, and then you are constantly striving to find your own voice," Taupin says.

He found his own voice in the early 2000s, and has been creating unique works for the past two decades.

American Anthem is his largest collection of works ever, comprised mainly of what he calls "wall sculpture."

"Most of it is done with found objects," he says. 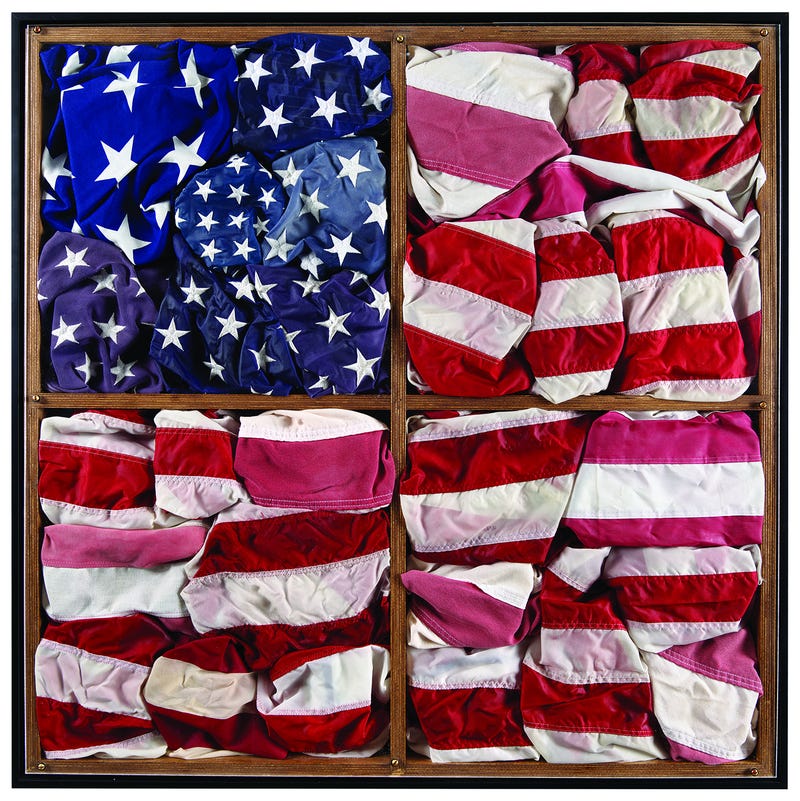 Taupin is an immigrant. He grew up in rural England, saw the world as one of the best lyricists in history, and then became a U.S. citizen. The provocative nature of the flag is infatuating to him.

"The flag is very much my (trademark)," Taupin says. "It's such an iconic artifact. It's so symbolic in what it means. It can mean so much to so many people, whether it's negative, positive, or indifferent."

So he stresses it in certain ways. He displays it burned partially, or torn, or wrapped in twine. And what it means? That's up to us.

"Why do we create art? We create art to stimulate," he says. "That is the whole point. It doesn't matter if it's a song or a painting or a sculpture, it should be there to stimulate the viewer."

And then many of his works call to his background in music. He takes guitars and other instruments, and creates sculptures.

There have always been a lot of words surrounding Bernie Taupin. Whether it's the lyrics he's written for Elton John and others to sing, or the words that come to viewers of his art. And he says there's more to come.

"I'm sort of three-quarters of the way through a book that I'm writing," he says. "We are doing a documentary on me that resumes filming in the next few months. So it's going to be a very very stimulating end of the year and 2022."​