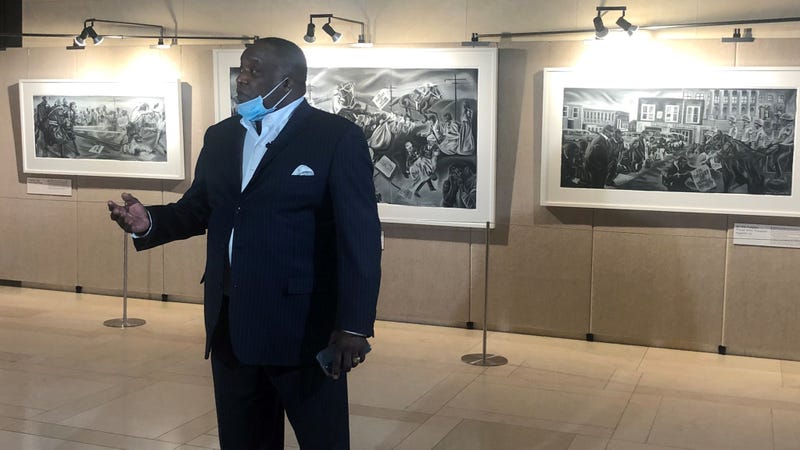 An exhibit featuring artwork and stories about the civil rights movement has opened at the George W. Bush Presidential Center in Dallas. "The Continual Struggle: The American Freedom Movement and the Seeds of Social Change" opened Monday to mark Martin Luther King Jr. Day.

"I know that's saying a lot, but that encompasses the past through the future," said Al Washington, the father of artist Brian Robinson, who produced the works.

"The Continual Struggle" includes 25 pieces of art that illustrate different parts of the civil rights movement. Each piece of art includes a written description of the era depicted.

"Each piece tells something different about an era of time," Al Washington said. "[My wife and I] started in segregated schools in the South. His great-grandparents didn't have the right to vote until well into their 60s. Brian, our son, has had the opportunity to go to Duke University, do an outstanding job and go to University of Southern California law school."

Washington said the artwork and stories are more relevant now than ever before.

"This is about the common man making a way for the future," he said. "I'm just so happy, on Martin Luther King Jr. Day, we have an opportunity to share things that are relevant today.”

Admission to "The Continual Struggle: The American Freedom Movement and the Seeds of Social Change" is free Monday. The exhibit will stay on display through March 27. Details and tickets are available online. 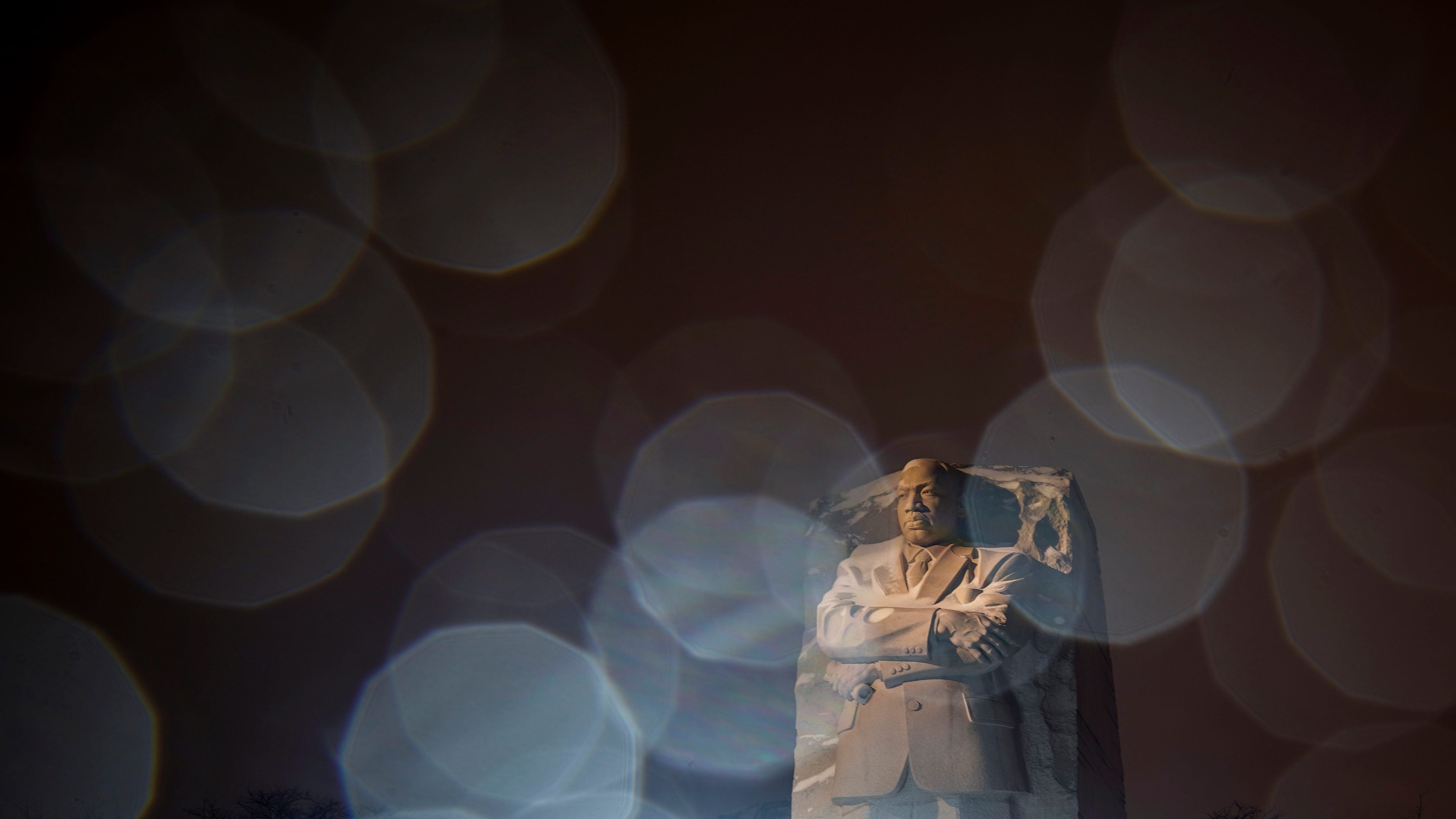