DALLAS (1080 KRLD)- A first-of-its-kind charitable pharmacy in North Texas has been an incredible blessing for many who are unable to afford their medication during the COVID-19 pandemic.

The St. Vincent de Paul Pharmacy, founded in March 2018, has seen the need in the community grow more than ever in the last year.  Since March 2020, the freestanding pharmacy has served nearly 1,000 patients and has filled more than $3.4 million in free prescriptions, averaging more than 400 prescriptions dispensed per week. 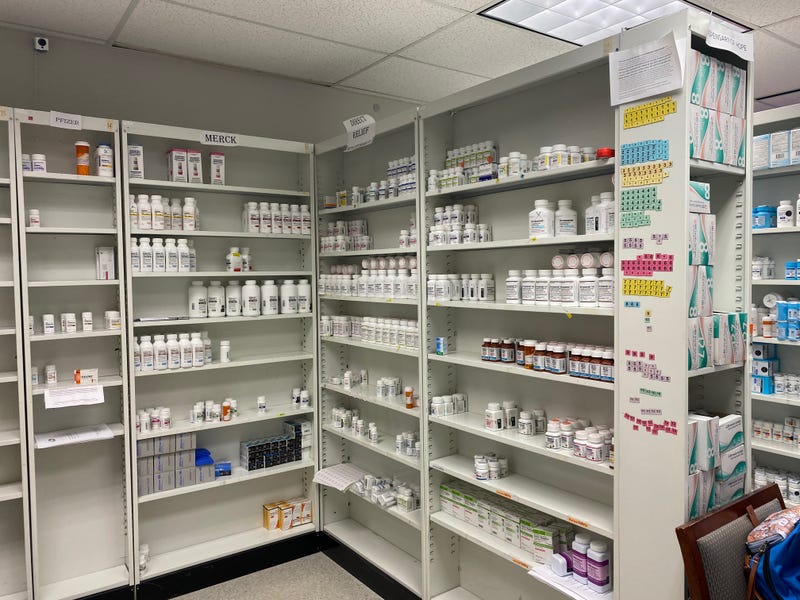 Michael Pazzaglini, CEO of the Society of St. Vincent de Paul of North Texas, told KRLD the pharmacy is expanding to serve low-income individuals across the state.  And, due to updated supplier agreements, Pazzaglini said the pharmacy is able to serve the uninsured whose household income is at or below 300% of the federal poverty level.  As he pointed out, nearly 1-in-2 Texans have incomes in that category.

Pazzaglini said, "The St. Vincent de Paul Pharmacy plays a critical role in providing medications to North Texas who have fallen through the gaps of our healthcare system."  He added, "We are thrilled about the expanded qualification, and are confident this new threshold will allow the pharmacy to serve many more North Texans who were previously unable to obtain their needed, often life-saving medications."

The pharmacy is currently conducting a $3 million capital campaign to expand its reach and serve more Texans.  For more information, or to donate, visit svdpdallas.org.