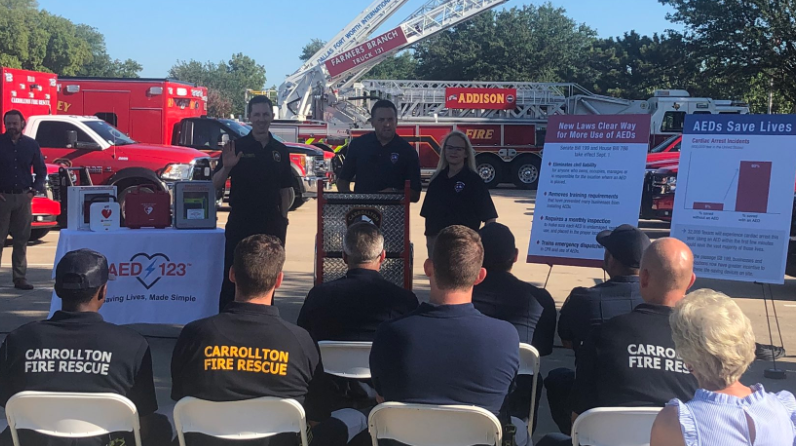 Fire departments, medical organizations and cardiac arrest survivors are celebrating the passage of two bills that aim to help the survival of people having heart attacks. The American Heart Association says more than 30,000 Texans suffer cardiac arrest each year.

SB 199 would aim to expand the availability of Automated External Defibrillators, eliminate liability for businesses and requirements for employee training. HB 786 requires 911 dispatchers be trained in CPR.

"The reality is every minute that goes by with somebody suffering from cardiac arrest, their chance of survival drops ten percent," says Caleb Rosier, a firefighter and paramedic with Carrollton Fire Rescue.

Rosier says fire departments will respond to a restaurant, office or business within a few minutes, but an AED can allow immediate action.

"We can't do it without a well-trained, well-informed, well-educated public," he says.

Bobby Wehmeyer, founder of AED123, which provides defibrillators to offices and businesses, says the devices require no training.

AED123 installs AEDs for businesses. Founder says no training is necessary; they provide audio instructions & will only start if the AED recognizes a problem with heart rhythm. Measure making it easier for businesses to keep AEDs passed unanimously & takes effect Sept 1. pic.twitter.com/jIgysO6wVs

"I know this first-hand because my own father had cardiac arrest in front of me at a restaurant in 2017," he says. "We were very lucky that a waiter grabbed an AED. We used it within two minutes, and Dad was completely recovered within minutes of that incident."

Wehmeyer says AEDs will provide audio instructions and will only provide a shock if the device detects an issue with heart rhythm.

"AEDs are terrifically easy to use," he says. "When we used the AED on my father, none of us had any training on how to use the device. We just knew we should try. We just opened it up, and it started speaking to us. It told us exactly what we needed to do."

"The nerve-wracking tension of a situation like that, the AEDs are set up to verbally walk you through the process and show you what needs to be done," Rosier says. 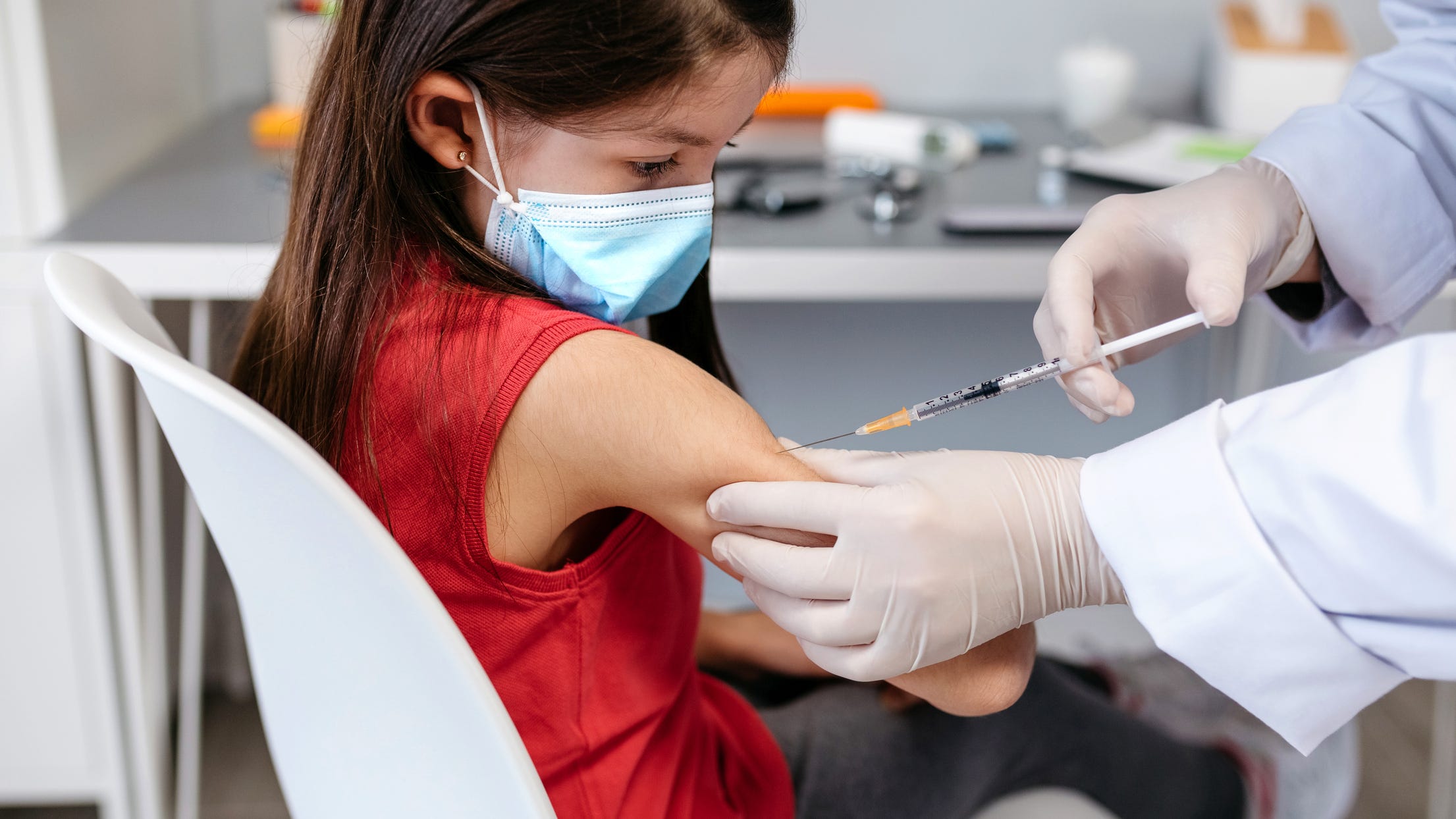 Pediatricians recommend not vaxxing kids under 12 – here's why