A grocery store has opened in a neighborhood of South Dallas where community leaders say residents have had to rely too much on fast food or convenience stores. Southpoint Community Market opened as a partnership between The Real Estate Council and Cornerstone Baptist Church.

The 1,400 square foot store is in a redeveloped shopping center on South Boulevard near the church. The store offers fresh fruits, vegetables "and other nutritious choices."

"Neighborhood residents can go in and actually buy affordable, healthy foods as well as normal, daily items that are needed for the household," says TREC Senior Director of Community Investment Felicia Pierson.

Pierson says TREC has worked with churches and non-profits in the area to find out what services residents have been asking for.

"This is what they're telling us they need," she says. "By the way, they've been telling us this for years, so our approach is there have been enough studies, enough plans that have been created. Let's just get to work."

In 2019, the church opened a laundromat that also serves as a community meeting place.

In addition to the fresh food market, Pierson says TREC is working with Dallas College to open a commercial kitchen for people who want to open their own business.

"We're in partnership with Dallas College," she says. "If someone needs training in food-handling services, that type of training is going to be available."

She says the commercial kitchen will give people who want to open a business or currently have a business and cook at home a chance to talk with advisers and cook on a larger scale.

"The other piece of that is they can sell that to whoever their clients are, but they'll also have an opportunity to have their product carried at the community market as well," Pierson says.

The market has opened as part of TREC Community Investors' "Dallas Catalyst Project," which launched in 2017. The project "has focused on a holistic approach to neighborhood revitalization in partnership with anchor community organizations." 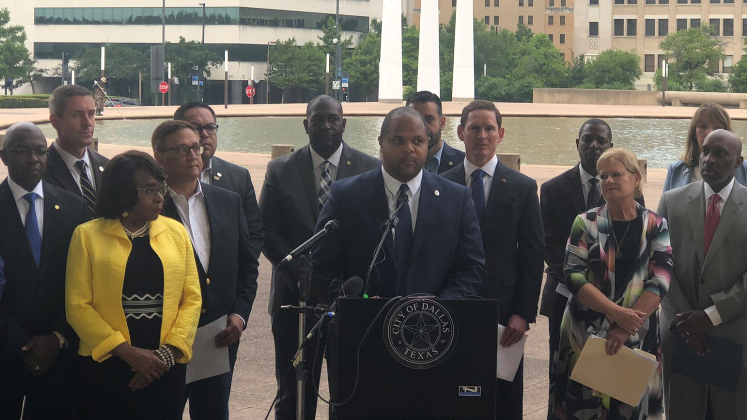 Non-profits to work with local governments to reduce homelessness