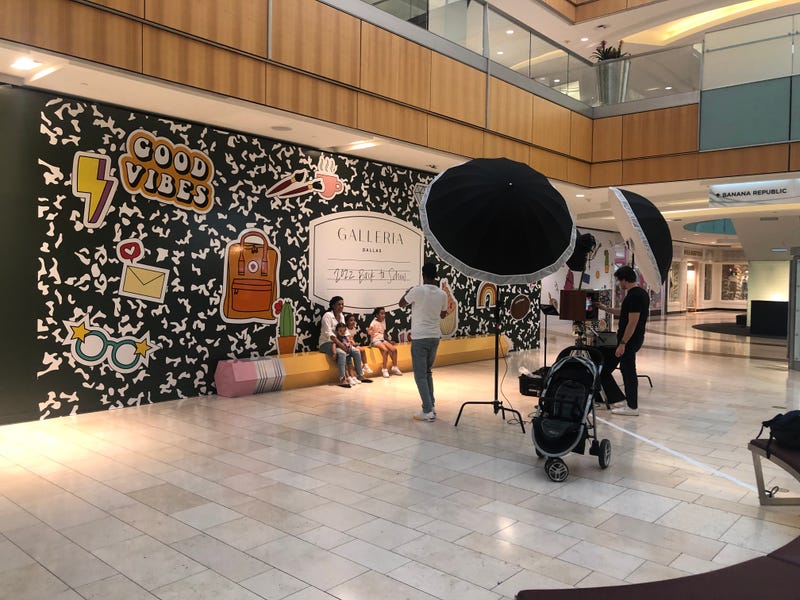 The Texas sales tax holiday started Friday morning giving families an opportunity to save money as they shop for the upcoming school year. The Texas comptroller's office estimates people will save a total of $112 million through midnight Sunday night.

In Dallas, the combined local and state sales tax rate is 8.25%.

"It's been a good summer, we've had some good trips, but I think everybody's ready," one dad at Galleria Dallas said. He said his kids were excited to reconnect with friends and start fall sports and cheerleading.

He says he and his kids prefer to shop in person.

"These are my triplets. They're all about touching, feeling, trying on and doing all that," he says.

Another dad said the time at the mall gives him and his wife time to spend with their daughter before she goes back to school.

"It's always great for her because she enjoys shopping just like her mom," he said. "She's a big fanatic about dressing right, color-matching and everything else. My wife handles most of that because I'm not very great at matching all the time."

Galleria Dallas will be holding events throughout the weekend to celebrate the tax holiday.

"Back to school shopping is really a special time for kids," says Holly Quartaro, Galleria Dallas' Fashion and Lifestyle Director. "There's a lot of anxiety that goes along with back to school, so doing something fun like coming to the Galleria, having a photo made and going ice skating is a great way to kick the school year off with a positive experience."

Families can get a free picture in front of a "back to school" backdrop on Level 1 behind the guest reception center near the ice rink.

"Of course it's 800 degrees outside, but inside the Galleria, it's cool," Quartaro says. "Especially on the ice rink, it's one of the coolest places you can be in town. It's an ambient 68 degrees all the time down there."

Through the weekend, Quartaro says several restaurants will have giveaways to some customers, 16 year old DJ K-Sprinkles is playing music, and Broadway Dallas will have performances.

Quartaro says the events around the tax holiday can also help families build memories together.

"These photos are memories that will last forever," she says. "You will always want to remember right before you started second grade or sixth grade, whichever it is, these are professional-quality photos you can get for free."

She says tax-free weekend is the mall's second busiest of the year after Black Friday.

"Tax-free weekend is a great weekend for all of our retailers, everyone from the big department stores to the smaller retailers," Quartaro says. "It's important for them to bring in the customers this weekend."

Get back-to-school inspired with these 5 classic movies