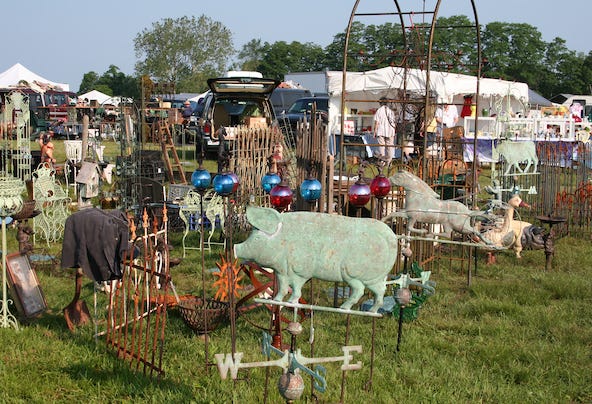 At the end of last year, North Texas mourned the end of McKinney's Third Monday Trade Days, the popular outdoor flea market that occurred the weekend of the third Monday of every month.

Well, we're pleased to announce that it's back, and happening at a place very near and dear to all of our hearts.

Janna Timm, general manager of Southfork Ranch, told Dallas News she first floated the idea of hosting the market to to the property’s maintenance engineer, Ishmael Villa, who worked at the ranch in the 90s.

She said, "I asked him, and he was confident that we could take this on," and so far, the response has been overwhelming. "We have 262 booths to sell at this time and we will sell them all,” Timm said. “We only have about 20 left at this time and over 60 inquiries still."