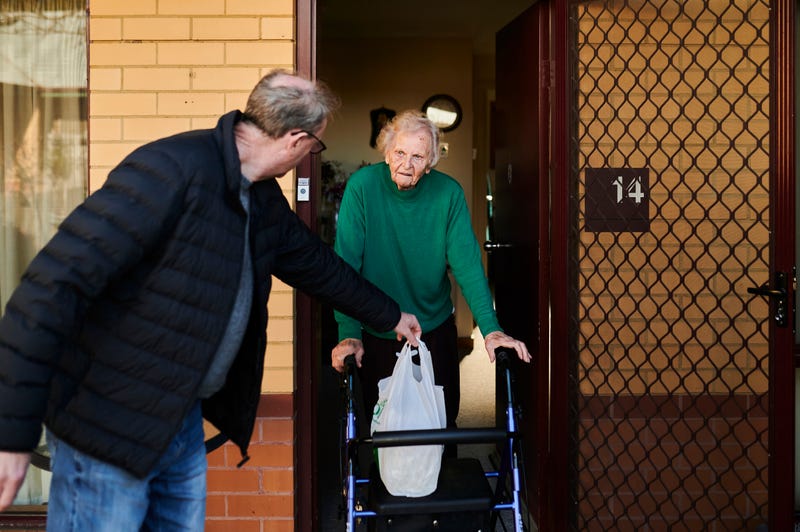 The Visiting Nurses Association was founded 50 years ago in North Texas, and officials say they’re planning several events throughout the year to mark the occasion.

Sadie Lefkowitz chartered VNA as a nonprofit in 1934 to help older North Texans with home healthcare during the Great Depression. Shortly thereafter, she and other volunteers recognized a need for meal delivery to patients in some of the poorest areas of Dallas. That’s when, according to the group’s website, the nurses started their Meals on Wheels program.

President and CEO Katherine Krause said the idea grew quickly, and the reason it did was because of volunteers in North Texas who’ve always believed in the mission.

VNA Meals on Wheels serves up about 4,500 meals to seniors daily, and Krause said it’s the volunteers that keep the wheels turning. That’s why on Monday, VNA Meals on Wheels announced a volunteer challenge on social media, designed to recruit new volunteers and reward those who routinely give back.

On the list of things planned: the 50 Route Challenge, which enters volunteers into a special prize drawing after hitting that milestone. Also listed is the 50 for 50 Group Volunteer Project, aimed at recruiting groups of North Texans looking for a way to give back. VNA said it’s all in celebrating “50 years of Delivering Hope.”

Krause said volunteers not only deliver meals but companionship to seniors, who often have no other human contact during the day.  She said the significance of it isn’t lost on her.

“Basically, homebound seniors that without someone visiting them in the home they would not see anyone or receive a meal,” Krause said. “It’s an amazing thing that they do.”