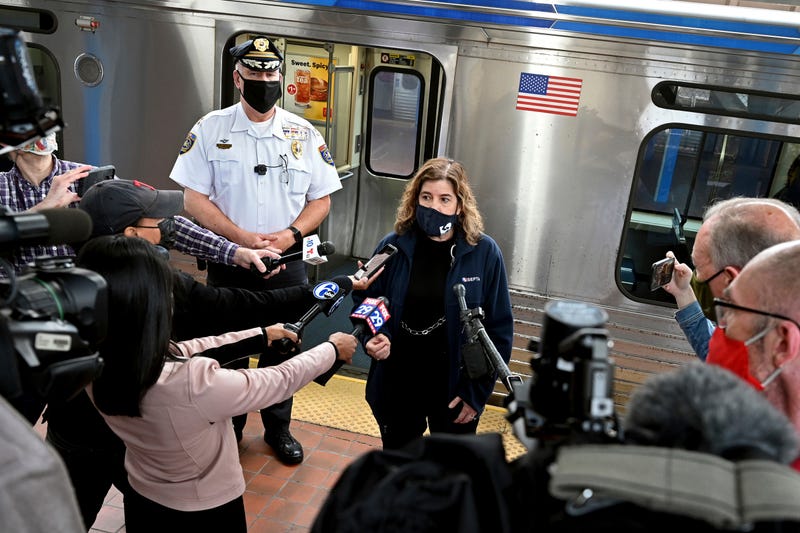 PHILADELPHIA (AP) — Prosecutors pursuing the case against a man accused of raping a woman on a commuter train last week don’t anticipate charging fellow passengers for not intervening, a spokesperson for the suburban Philadelphia district attorney said.

“It’s still an open investigation, but there is no expectation at this time that we will charge passengers,” said Margie McAboy, spokeswoman for the Delaware County District Attorney's office.

In an emailed statement, District Attorney Jack Stollsteimer said prosecutors want witnesses to come forward, rather than fearing prosecution, and said, “Pennsylvania law does not allow for the prosecution of a passenger who may have witnessed a crime."

Authorities continue to investigate the Oct. 13 attack, where a woman was repeatedly touched and groped over the course of a 40-minute ride despite trying to push 35-year-old Fiston Ngoy away, according to an arrest affidavit that detailed the surveillance footage from the train.

Investigators say Ngoy ripped the woman's pants off and proceeded to rape her for somewhere between six and eight minutes before officers boarded the train and detained him.

Police declined to say how many passengers may have witnessed the assault, but have said it appeared that some held their phones up in the direction of the assault seemingly to film the attack. Police have also declined to say whether investigators have found any photos or videos of the attack posted online.

Requests by The Associated Press for surveillance video from the Oct. 13 attack on the Market-Frankford line have been denied, citing the ongoing criminal investigation. It remains unclear whether passengers actually witnessed or recorded what happened on the Southeastern Pennsylvania Transportation Authority train.

SEPTA spokesman Andrew Busch said Wednesday that at points during the rape, there were passengers standing or sitting nearby, thou