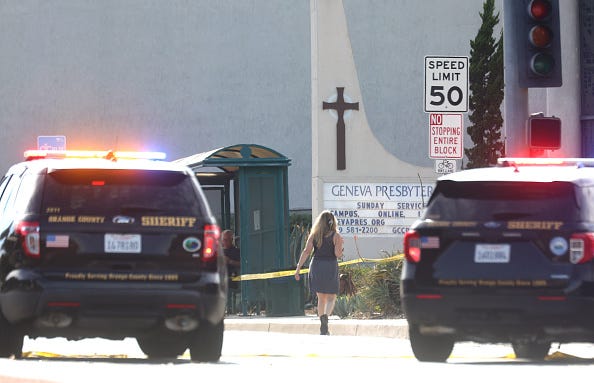 Police vehicles are parked near the scene of a shooting at the Geneva Presbyterian Church on May 15, 2022 in Laguna Woods, California. According to police, the shooting left one person dead, four critically wounded, and one with minor injuries. Photo credit Mario Tama/Getty Images
By Joe Hiti, Audacy

A shooting on Sunday afternoon at a Taiwanese Presbyterian Church in Laguna Woods, Calif., was one of several acts of gun violence across the country this weekend.

One survivor shared what he saw as the horror unfolded.

Jerry Chen, 72, was in a nearby kitchen at Geneva Presbyterian Church when he heard gunshots break the silence at around 1:30 p.m.

Chen shared with The LA Times that he heard the shots fired by the gunman, who he says was “just randomly shooting.” It was at that point he saw his fellow churchgoers start to scramble.

“I saw some people fall down or go under the table,” Chen told The Times. “I knew something was wrong. I called 911.”

Orange County Sheriff’s Deputies responded to the call of gunshots at the church and shared online that the gunman had shot six people, one fatally.

The shooting stopped due to the heroics of the pastor and his congregation. Church’s pastor Billy Chang threw a chair at the shooter, who had paused while reloading his weapon.

Other members of the church seized the moment, tackling the gunman and hogtying him with an extension cord, according to authorities. Police have said that the move from the church likely saved countless lives.

The sheriff’s office shared that the gunman had been taken into custody, and his weapon had been recovered. The Times reported that law enforcement said the gunman had blocked exits to the hall to stop people from getting out.

Chen shared that before Sunday’s service began, church members greeted the gunman, who they had not seen before, despite him saying he had been several times.

Police have not identified the shooter but said he is an Asian man in his 60s and not from the Orange County area. The Times reported that the man is 68 and from Las Vegas. His connection to the church and motives are not known at this time, as the investigation is ongoing. 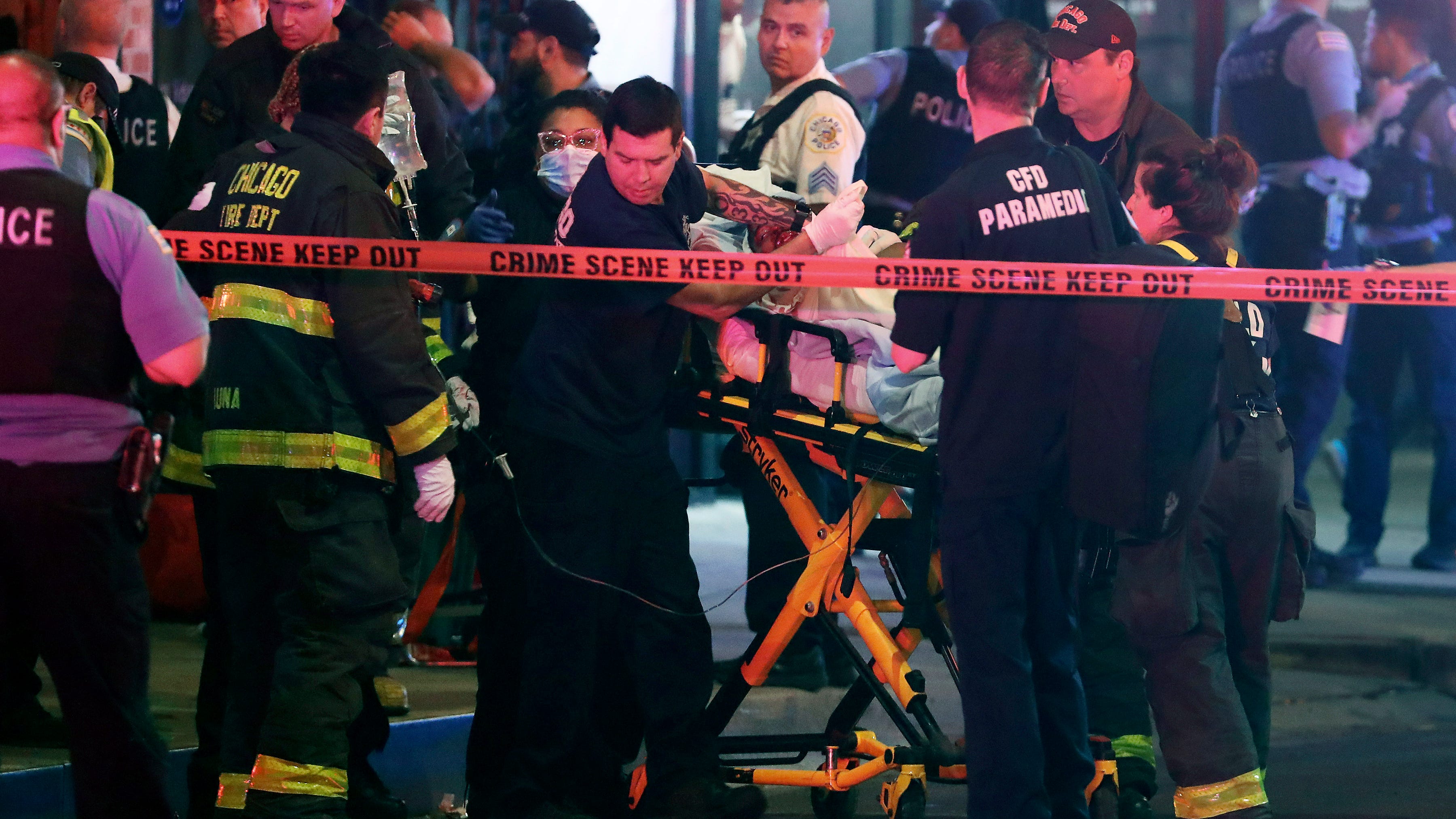