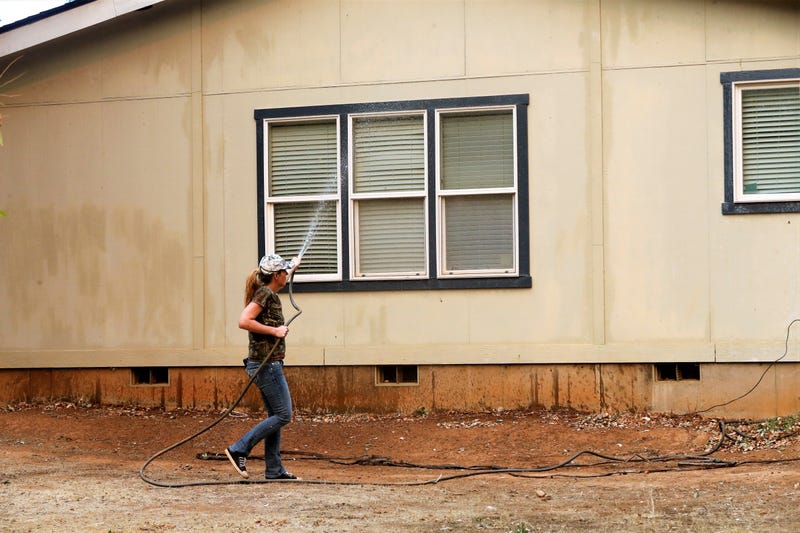 REDDING, Calif. (AP) — A woman has been arrested on suspicion of starting a Northern California wildfire that spread rapidly, burning homes and prompting evacuation orders Thursday in a rural community, authorities said.

Workers at a nearby quarry reported seeing a woman acting strangely and trespassing in the area in Shasta County where the Fawn Fire was sparked Wednesday afternoon, the California Department of Forestry and Fire Protection said in a statement.

Later Wednesday, Alexandra Souverneva walked out of the brush near the fire line and approached firefighters and told them she was dehydrated and needed medical help, Cal Fire said.

Souverneva, 30, was taken out of the area for evaluation and treatment. During an interview with Cal Fire and law enforcement, officers came to believe Souverneva, of Palo Alto, was responsible for setting the fire, officials said. She was arrested and booked into the Shasta County Jail. It wasn't immediately known if she has an attorney.

KRCR-TV aired video Thursday of multiple houses burning near the unincorporated Mountain Gate area north of the city of Redding. Officials said 25 structures were destroyed, but didn't specify how many were homes.

The number of people affected by evacuation orders was not immediately known. People living in other areas were warned to be prepared to leave. About 2,000 structures were threatened.

The fire scorched more than 8.5 square miles (22 square kilometers) of heavy timber on steep, rugged terrain amid hot, dry and gusty conditions. It was just 5% contained.

Statewide, more than 9,000 firefighters remained assigned to 10 large, active wildfires, according to the California Department of Forestry and Fire Protection.