Ray Romano called into Kevin in the Morning on RADIO.COM's KROQ in Los Angeles on Monday morning to talk about his experience presenting at this year's Oscar Awards ceremony, and what was going through his mind when he dropped the F-bomb live on stage.

“The thought process was about a week of stress and anxiety and driving my wife crazy, because that’s how I do anything anyway,” Romano explained in the interview above. “I was so happy when it was over.”

“First of all when I found out I was presenting that was nerve-racking,” he continued. “It was kind of a great thing, but then I knew, this is a week and a half of work right now, because I’m gonna have to say something funny.” They wrote material for Romano, but the actor and comedian reached out to his network of guys for help with something better.

Even in relaying the story back to us, Romano couldn’t manage to keep it clean, getting bleeped once again like he did at the Oscars. Once order was restored, he continued. 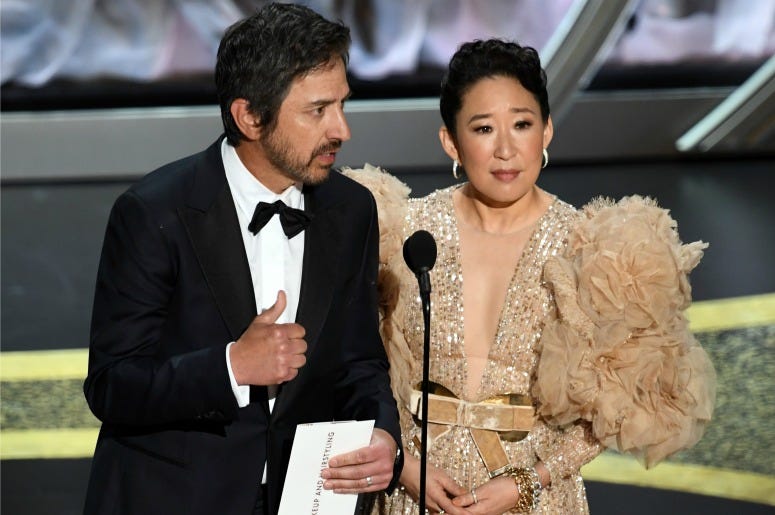 Ray tortured himself over the intricacies of the joke, debating what age and which actress to use as punchlines, and unsure he was going to drop the F-bomb until he went on stage. “I’m gonna feel it out,” he told presenting partner Sandra Oh before they went on stage. “I figured if the first line didn’t get a laugh, if me saying ‘I’m Charlize Theron’ didn’t get a laugh, then I shouldn’t push it. Then I’m trying too hard with the F-bomb.”

Ray Romano also addressed the wave of social media that has taken an interest in his hotness, tweeting images of Romano and remarking on his sex appeal. “Let me tell you what this is, this is the goofy guy who for a split-second doesn’t look as goofy,” Ray explained. “Last night when Jake Gyllenhaal was talking to my wife it was like I didn’t exist.”

You can check out more from Ray Romano in the full interview above.