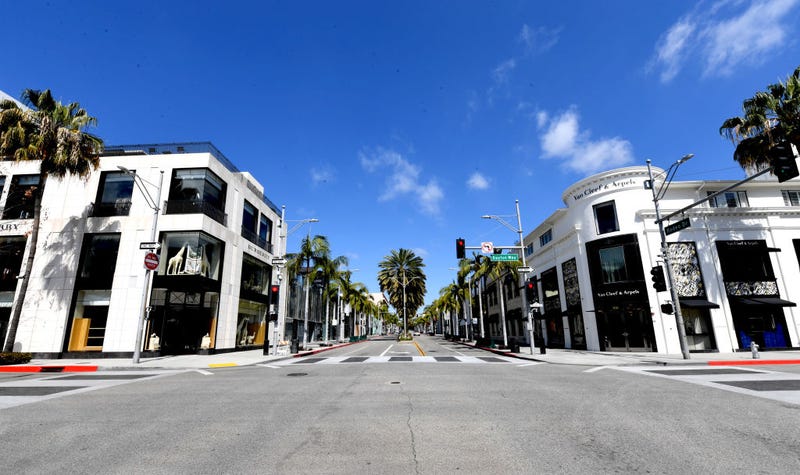 Attorneys, including civil rights lawyer Benjamin Crump, who filed a class action over alleged racial profiling against the Beverly Hills Police Department, said it has to stop.

Of the roughly 90 people arrested by the police department’s special “Rodeo Drive Team,” 80 were Black, four were Latino, three were white, one was Asian, and one was classified as “other,” according to figures obtained by The Los Angeles Times. The department has not said why Black people made up nearly 90% of all the arrests.

But the attorneys who filed suit have alleged a pattern of racial profiling and harassment of Black people that has been happening for years in Beverly Hills. They want state and federal authorities to investigate.

“Even going by their numbers — 80 out of 90 arrested are Black. That’s ridiculous,” Bradley Gage, one of the attorneys who filed the suit, told the Times. “You have to be purposely targeting Black people to begin with.”

At the press event Wednesday morning, the attorneys introduced a Black couple they said police pulled over for traveling three inches over the limit line at a stoplight.

In a statement, Beverly Hills officials claimed the male passenger in the car had violated a restraining order obtained by the female driver. Police said while the woman didn’t want to press charges, officers arrested the passenger.

The department formed the special police unit to target a suspected “criminal element” on Rodeo Drive, according to documents obtained by the Times, and help prevent loud music, illegal parking, vending, and “marijuana smoke drifting into stores.”

“I was scared,” said plaintiff Jasmine Williams, recounting being handcuffed for riding a scooter on the sidewalk. “I’ve never been to jail in my life.”

During the pandemic, the team shifted focus to prioritize rooting out people on elaborate shopping sprees who they suspected were spending funds obtained by defrauding the California unemployment system, the Times said.

“How do you determine a person is suspicious of EDD fraud?” Gage asked the L.A. Times, referencing the state’s Employment Development Department.

The department has denied the allegations.