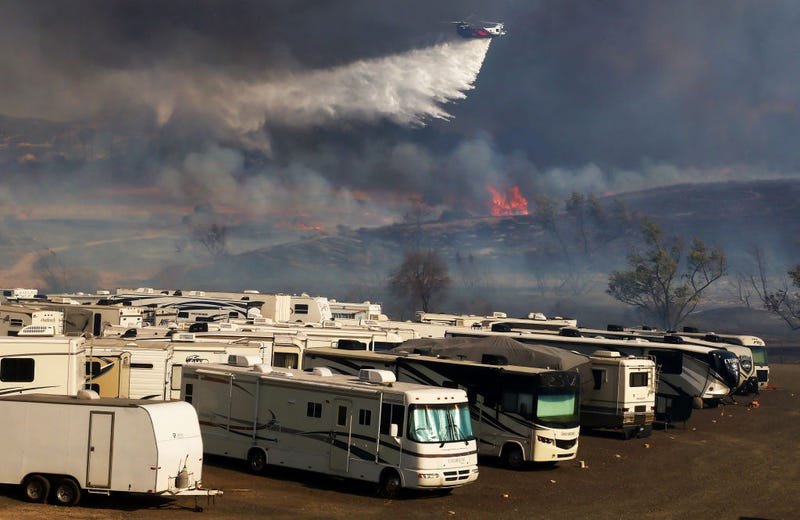 A firefighting helicopter drops water over the Bond Fire burning in the Silverado Canyon area of Orange County on December 3, 2020 near Irvine, California. The 4,000-acre wildfire broke out along with a number of other fires in Southern California amid gusty Santa Ana winds in the region. (Photo by Mario Tama/Getty Images)
By KNX 1070 Newsradio

A veteran helicopter pilot and the first woman hired by the Orange County Fire Authority to fly choppers is suing the OCFA to get her job back.

Desiree Horton was fired one year into her probationary period with OCFA and is accusing the agency of gender discrimination, according to CBS2.

Supporters held a rally in front of OCFA headquarters Thursday evening. Retired firefighter Boschko Ikovic came to support Horton. He told CBS 2 that Horton was the best pilot he ever worked with, and she's a role model for young people.

Despite claims of discrimination, Horton’s attorney said she just wants her job back. The OCFA said it does not comment on pending litigation.