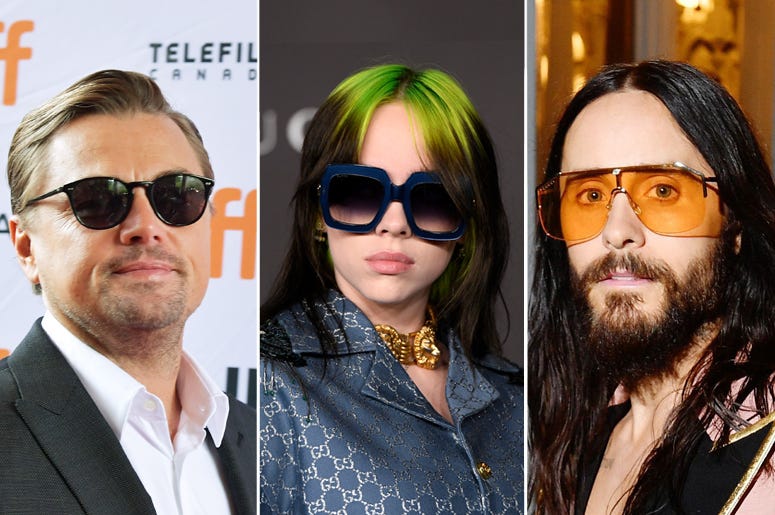 Actor, model, and Thirty Seconds To Mars frontman Jared Leto made a virtual appearance from his home in Nevada on the Late Late Show with James Corden on Tuesday night (January 26).

During their chat, Jared told an incredible story about just how close he came to signing an unknown musical duo at the time, Billie Eilish and FINNEAS.

Jared explained how he was introduced to the pair through mutual acquaintances in the entertainment industry. "They weren't signed, and I thought that maybe I would try and sign them, they were so incredibly talented and just special people. The music is one thing, but I think they're just incredibly intelligent, really empathetic, just really good people... and I quite like them a lot," Leto told Corden.

Before Billie and her brother became the GRAMMY-winning duo we know and love, Leto casually invited them to perform at a small, A-list dinner party in his home. "I said, 'Hey, will you guys come and play a couple of songs?' and they were, like, 'Yeah, sure,' and they showed up with a Guitar Center P.A. and played the most heartbreakingly beautiful music... it shouldn't have sounded that good. It was impossible that it sounded that good," he admits.

Wouldn't you know it, one of those A-Listers who took in the intimate performance was Jack Dawson, himself?! "I remember Leo DiCaprio was there and a couple of other people and they were just, like, 'How did you find these people and, like, who are they?' Everyone was just jaws on the floor," Jared says. "12 people max at my place in the hills. Yeah, just great people. I'm huge fans, too."

There's a lot to take in from Billie in the new year. She just dropped her collaboration with ROSALÍA, "Lo Vas A Olvidar," last week which was featured in a special episode of HBO’s Euphoria, Part 2: Jules on January 24.