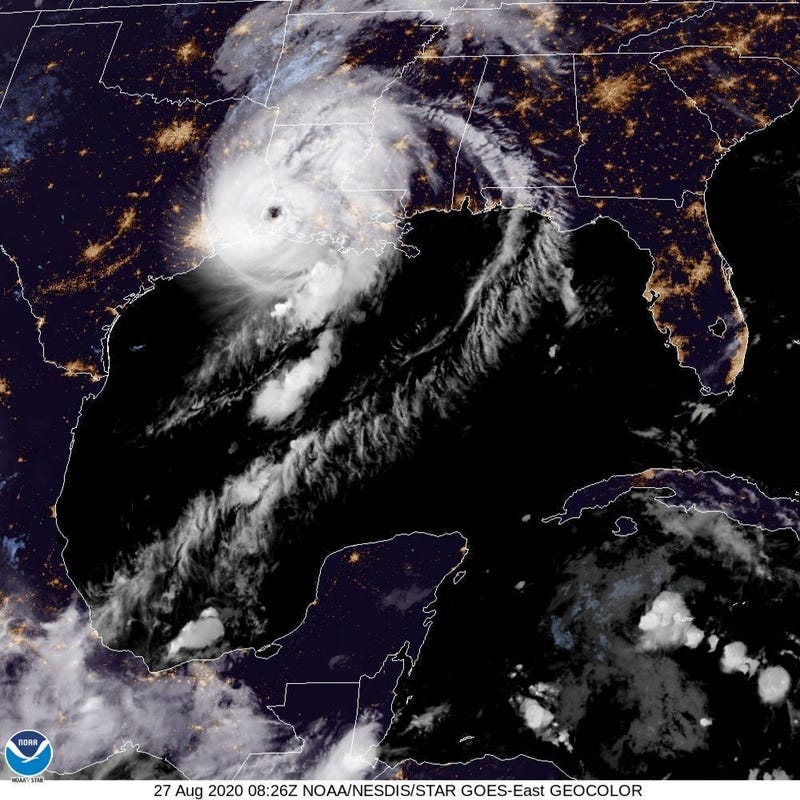 The National Hurricane Center says Hurricane Laura's top sustained winds were 150 miles per hour when it made landfall in Cameron Parish, Louisiana around 1:00am.

"At 100 AM CDT, Doppler radar images indicate that the eye of Hurricane Laura has made landfall at the coast near Cameron, Louisiana," the Hurricane Center noted. "Laura is moving toward the north near 15 mph."

That was the leading edge of the eye.  Now the rest of Laura is moving ashore.

"On the forecast track, Laura will move inland across southwestern Louisiana this morning, and then continue northward across the state through this afternoon."

"In Lake Charles, Louisiana, the airport reported a sustained wind of 98 mph with a gust to 132 mph." Officials expect to find widespread devastation in the wake of the hurricane.

The Hurricane Center warned, "Unsurvivable storm surge with large and destructive waves will cause catastrophic damage from Sea Rim State Park, Texas, to Intracoastal City, Louisiana, including Calcasieu and Sabine Lakes. This surge could penetrate up to 40 miles inland from the immediate coastline, and flood waters will not fully recede for several days after the storm."