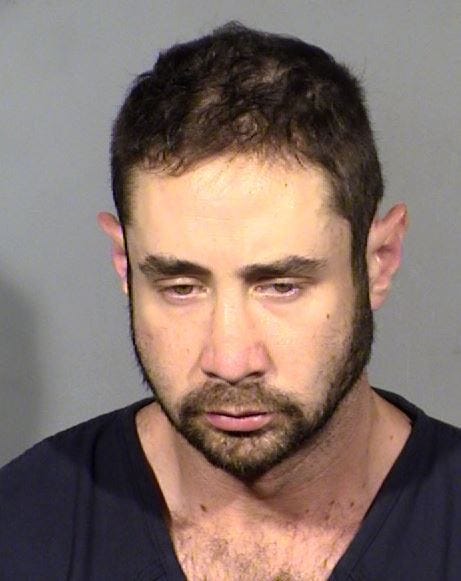 A 31-year-old law student from Orange is being charged with murder after allegedly beating his girlfriend to death with an iron in their Las Vegas motel room.

According to a release from the Las Vegas Metropolitan Police Department, Justin Medof was arrested on July 19 when officers responded to a call of an injured woman in the 4900 block of Dean Martin Drive.

Officers arrived at 8:16 a.m. and saw Medof giving an adult woman first aid. According to NBC3, when medical personnel arrived, the woman was pronounced her dead at the scene.

Las Vegas Police allege the woman had suffered a head injury and had been dead before for hours before Medof called for assistance.

The San Jose Mercury News reported that Medof and his girlfriend, Stephanie Duarte, 30, had gotten into an argument at a mall earlier that morning, with Medolf returning to their hotel room alone shortly after 2 a.m.

According to NBC3, people in rooms adjacent to Medolf told police they were awakened by noises that sounded like a man and woman were fighting and furniture was being moved.

The Mercury News reported that officers observed red marks on Medof’s right rib cage, back, shoulders and knees, as well as abrasions on his arms, knees and the top of his right foot.

Duarte’s body was lying naked on the floor next to a bed with sheets and a mattress soaked in blood, with her eyes were swollen shut.
Her face, arms and legs were covered with cuts and scrapes.

Medof’s Instagram page lists him as being a student at Chapman Law School in Orange.

Police said Medof is being held without bail in the Clark County Detention Center.