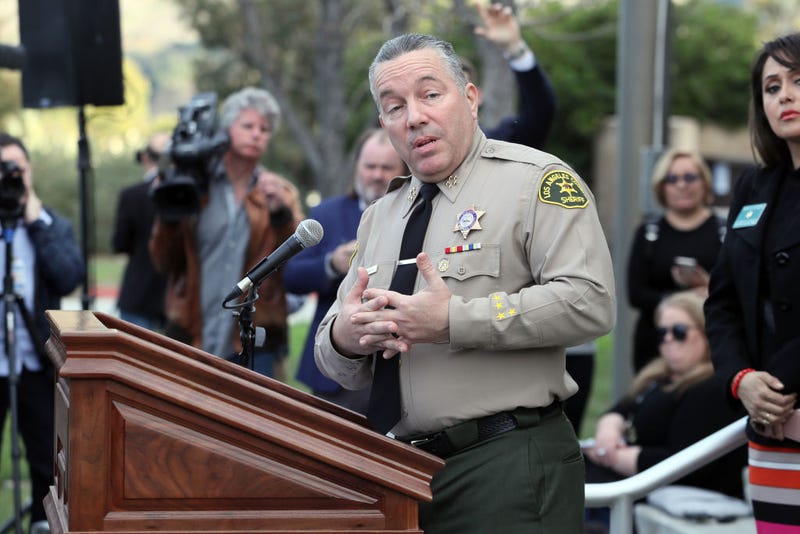 The chair of the Los Angeles County Civilian Oversight Commission responded Friday to Sheriff Alex Villanueva's refusal to comply with a subpoena to appear before the body.

Villanueva was subpoenaed to appear before the commission on Thursday to answer questions about allegations of deputies harassing his "perceived political opponents," as well as a recent report by the RAND Corporation which highlighted the existence of certain organized gangs or subgroups within the department.

The sheriff reportedly sent a letter to the commission saying he was too "busy" to attend Thursday's meeting.

Villanueva has since said the commission cannot issue subpoenas with the force of law behind them and dismissed the body's desire to question him as a politically motivated "fishing expedition."

"That's his way of obfuscating the fact that there are gangs" in the sheriff's department, Rubin told KNX. Rubin said the county has paid out millions in settlements to victims of alleged misconduct perpetrated by such deputy gangs or subgroups.

Rubin said the commission was prepared to ask L.A. county counsel to go to court if necessary to enforce the subpoena, and potentially hold the sheriff in contempt if he continues to ignore the body's requests.

The chair told KNX the commission had received a "helpful constitutional opinion" from county counsel that supported their subpoena power and stated Villanueva "can't hide behind whatever he's hiding behind."

Rubin criticized the sheriff for declining to communicate his concerns with third-party investigations of his department with the board directly. "If he has something significant to say, we have always welcomed hearing from him," she said.