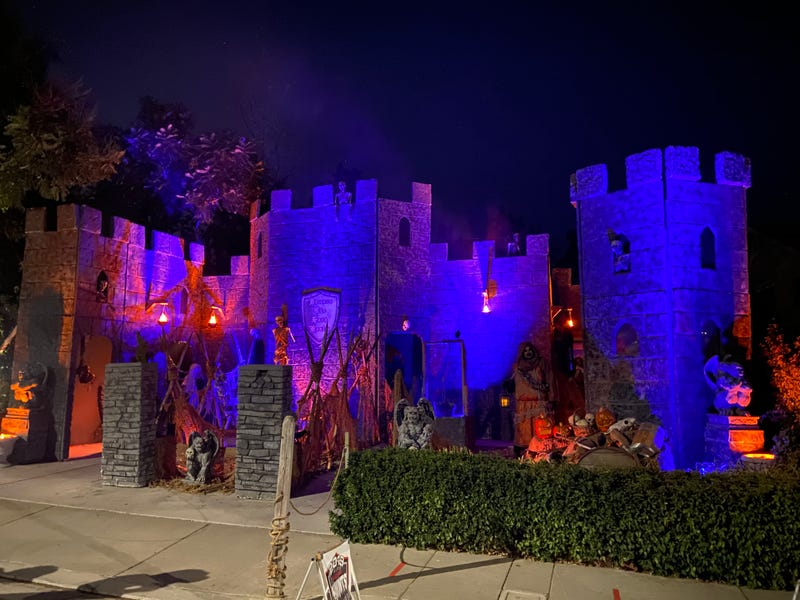 A family in Santa Clarita has transformed their home into a medieval castle-themed haunted house in honor of Halloween.

Inside, a dungeon full of tantalizing frights awaits.

Admission is free, however a $10 donation to the homelessness-aid nonprofit Family Promise of Santa Clarita will get visitors front-of-line access.

Sivley explained the genesis of the idea lied with his own subpar Halloween experiences as a child.

In search of fun alternatives to occupy his Halloween nights, he was inspired by a neighbor who worked in production design on the 20th Century Fox TV show Lost in Space.

According to Sivley, the neighbor would dress in costumes from the show and hide around the neighborhood, jumping out of bushes and scaring trick-or-treaters and "just having a good old time," Sivley recalled. 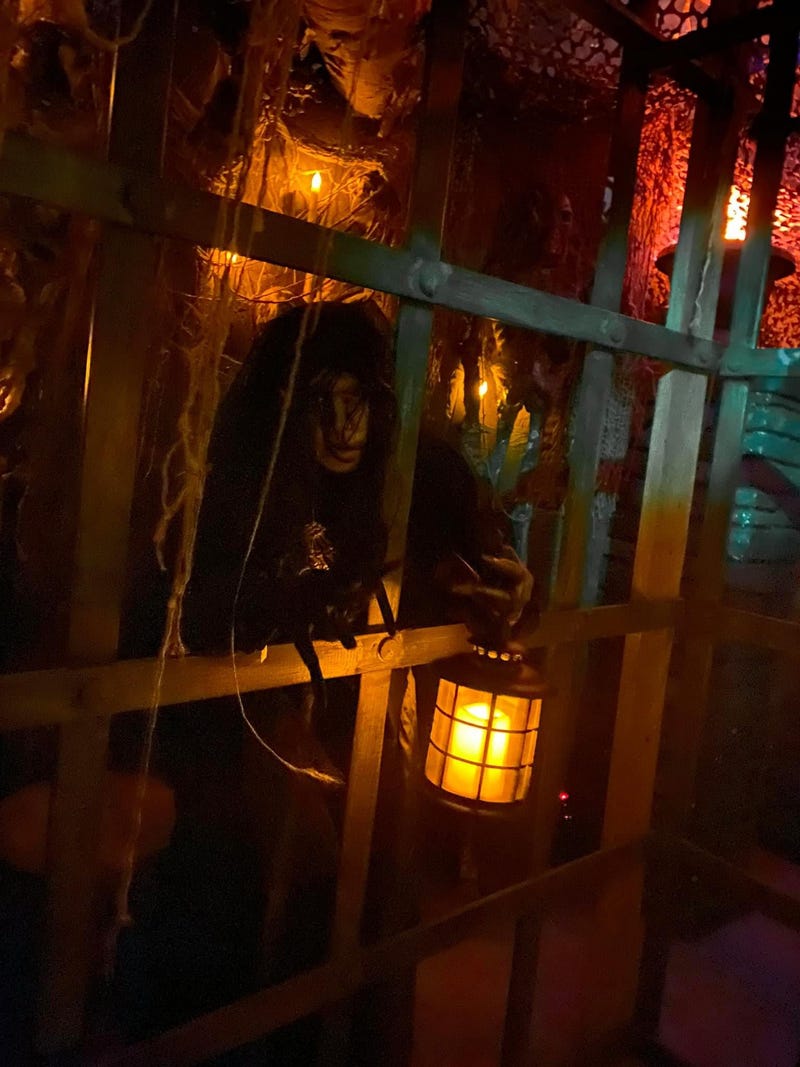 A preview of the interior decor of the Sivley family's "Beware the Dark Realm" attraction in Santa Clarita. Photo credit Scott Sivley

"And I thought, hey, if I can't trick-or-treat, that would be cool to do," Sivley said—and his appetite for frights was born. Fifty years later, he's still doing it.

"We pretty much work year round," Sivley explained of the design and planning process. "We start putting everything up about the middle of September."

Sivley told KNX 1070 the attraction is world-renowned. "We'll have people show up from foreign countries," he said. "Last year we had two couples from France."

Ultimately, the Sivleys are driven by a purpose beyond simple scare tactics. They take no percentage of the revenues made from house tours, and donate everything earned back to the community. "It's my way of giving back," Sivley said.

"And it's not court ordered!" he joked.

All guests are required to wear a face covering at all times while touring the home regardelss of vaccination status. The attraction is recommended for children aged 10 years or older.