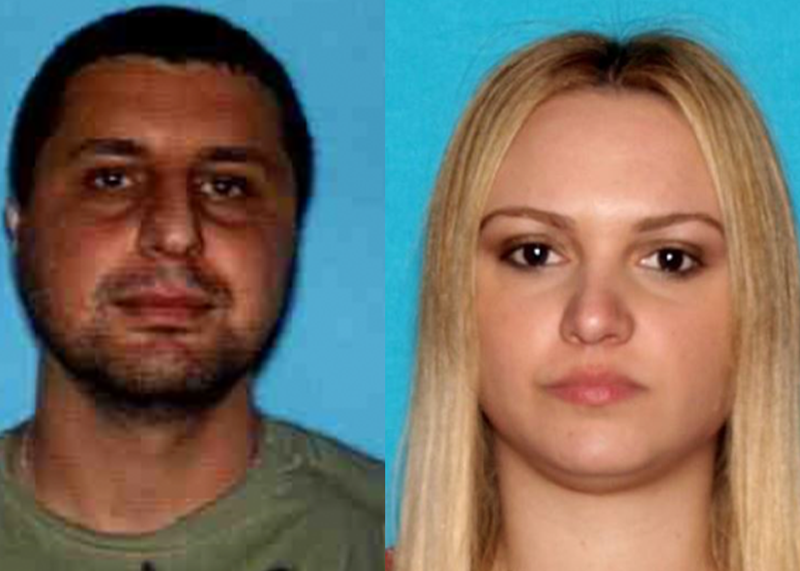 The Federal Bureau of Investigation announced Friday it would offer a reward of up to $20,000 for information leading to the apprehension of a couple allegedly on the run after being convicted of stealing $18 million in COVID-19 relief funds.

Richard Ayvazyan, 43, and his wife, Marietta Terabelian, 37, both of Tarzana, allegedly removed their law enforcement-mandated tracking bracelets and fled from pretrial supervision while awaiting sentencing in early September. They were scheduled to be sentenced on Oct. 4. It is believed they are on the run together.

Ayvazyan and Terabelian, along with two relatives, were convicted in June of this year of conspiring to submit fraudulent loan applications from which they obtained more than $18 million in funds from the federal Paycheck Protection and Economic Injury Disaster Loan program.

They were also convicted of charges related to bank and wire fraud, money laundering and identity theft.

The couple allegedly used the funds to put down payments on homes in Tarzana, Glendale and near Palm Springs. The FBI said they also used the money to buy jewelry, loose diamonds, luxury watches, designer handbags and clothing and a Harley-Davidson motorcycle.

The U.S. Attorney’s Office is seeking recovery of those purchases, in addition to about $450,000 in cash from the couple.

The FBI said the couple were known to drive a 2004 Toyota Camryin white with the California license plate number 5JYK335.

The agency has requested that anyone with information on the couple’s whereabouts call (310) 477-656.