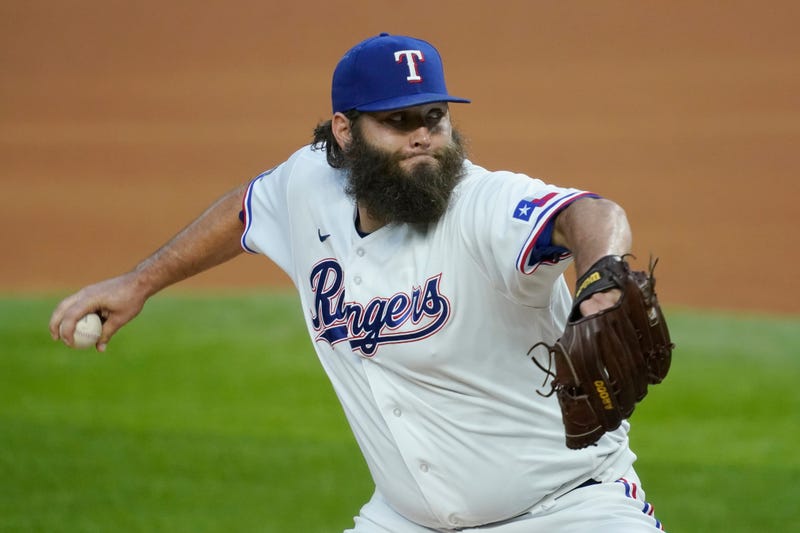 Photo credit FILE - In this Thursday, Sept. 24, 2020, file photo, Texas Rangers starting pitcher Lance Lynn winds up during the first inning of the team's baseball game against the Houston Astros in Arlington, Texas. Late Monday, Dec. 7, 2020, a person with direct knowledge of the deal said the Texas Rangers are trading right-hander Lynn to the Chicago White Sox. (AP Photo/Tony Gutierrez, File)
By The Associated Press

The Chicago White Sox are set to acquire right-hander Lance Lynn in a trade with the Texas Rangers, according to a person with direct knowledge of the deal.

The person spoke on condition of anonymity to The Associated Press on Monday night, at the end of the first day of Major League Baseball's virtual winter meeting, because there was no announcement from either team.

Lynn would be reunited in Chicago with manager Tony La Russa. Lynn was a rookie pitcher for the 2011 World Series champion St. Louis Cardinals, the last season La Russa managed in the big leagues before returning to the White Sox this offseason.

Lynn was 22-14 in 46 starts the past two seasons for the Rangers. He has an $8 million salary in 2021, the final season of a $30 million, three-year contract he signed with Texas two winters ago.

Even when the Rangers were headed to an AL-worst 22-38 record in the pandemic-shortened season, they didn't move Lynn at the trade deadline. They ended the season with three 22-year-old rookies in their lineup for the final game.