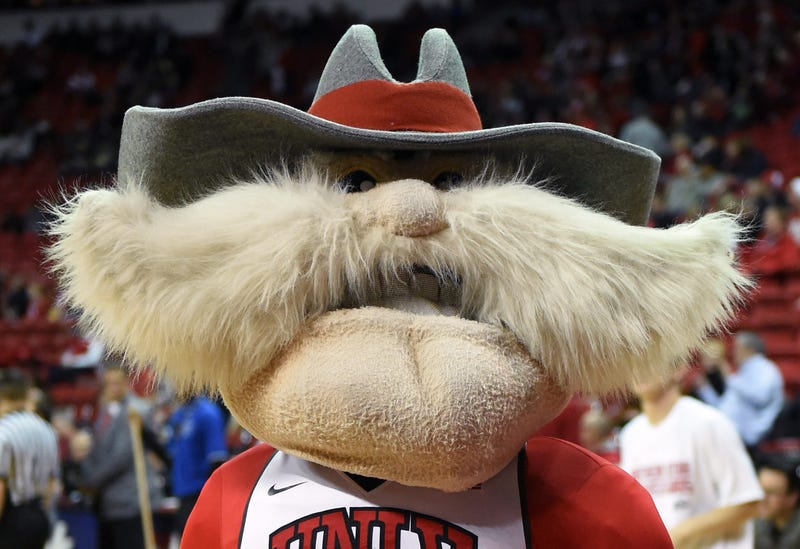 In the letter announcing the decision to stick with the Rebels nickname, Whitfield said Las Vegas "is regarded worldwide for a rebellious attitude that reflects nonconformity and even defiance at times."   He says UNLV is no exception to this, acheiving goals when others suggested failure.  He cited the university's recent success in establishing new professional schools and research achievements ahead of schedule.

Whitfield added, "Personally, I have always viewed the term “Rebels” as a strong, nationally recognized brand synonymous with UNLV. I believe the word 'rebel' represents an attitude or spirit. It captures the essence of an iconic city that is unconventional and celebrates its independence, tenacity, and resiliency. Rebels have a purpose or motivation for a greater cause and are not afraid to take risks to make incredible things happen."

On my evening walk at UNLV. Looks like a Hey Reb statue is being removed. Stay tuned. pic.twitter.com/98ttOAVufJ

Addressing the issue of the "Hey Reb" mascot retirement, Whitfield says since the removal of the mascot statue on the main campus last Spring, "Hey Reb" has essentially been phased out of all media promoting the university or athletics.

(1/3)Message via @UNLV_President on the statue of Hey Reb!: "I wanted to let you know that the Hey Reb! statue in front of the Tam Alumni Center was taken down this evening. In recent conversations with the donor we mutually agreed it was best to remove the statue and return it."

UNLV joins schools like Michigan and Indiana, where nicknames are in place, but have no official mascot to accompany them.