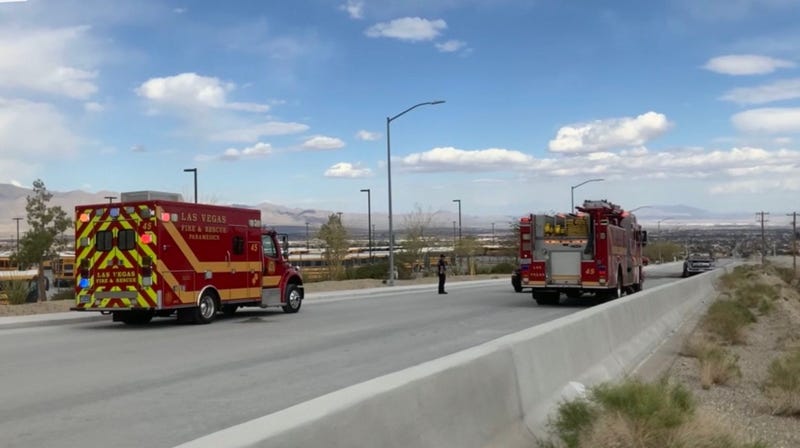 LAS VEGAS, NV (KXNT ) - Las Vegas fire investigators have ruled that a fire which took the life of the person driving a pickup truck  in northwest Las Vegas on March 1 is undetermined.

Fire dispatchers received 9-1-1 calls of a possible motor vehicle accident near  215 and Lone Mountain Road on the afternoon of Sunday, March 1st.. One caller stated a person may have been trapped inside the vehicle.

When firefighters arrived in the area, they followed a column of smoke to find a single vehicle, a pickup truck, sitting in the road across from 10902 W. Washburn Road. The pickup truck was fully involved and was nearly destroyed on arrival. A bystander told firefighters that a victim was still inside the vehicle; he tried to rescue the victim by breaking the window on the driver’s side but the heat was too much and caused him to back away.

The fire appears to have started inside the vehicle, but the exact cause could not be determined. Beverage containers were found in the vehicle, the passerby told fire investigators that it appeared the driver was impaired.

Across from where the truck was found is a bus depot for the Clark County School District. Security cameras at the bus depot recorded the vehicle driving in the area erratically as if someone was driving impaired.

This incident is the second fatal fire in the city of Las Vegas for 2020. The cause is undetermined. The pickup truck was completely destroyed by the fire. The bystander was treated for a minor injury he sustained trying to get inside the pickup, he was treated and released on scene.

The driver was identified as 58-year-old William Huckabee of El Paso, Texas.