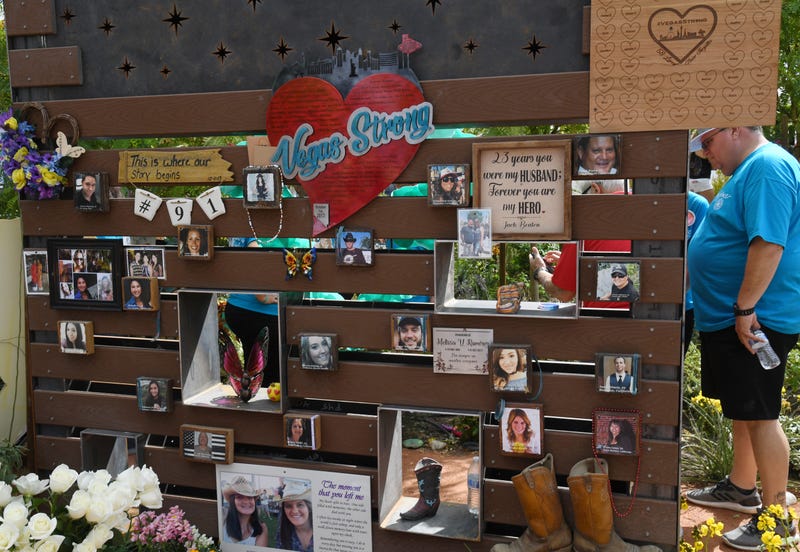 Today, the governor announced an update to his emergency directive limiting attendance at public gatherings. The change increases the number of people who may attend the Sunrise Remembrance from 50 to 250 people while still requiring face coverings and social distancing.

In compliance with tGovernor Sisolak's most recent directive, crowd capacity at the outdoor amphitheater will be capped at 250 people.  The speakers at this year’s ceremony are Gov. Steve Sisolak, Sheriff Joe Lombardo, County Commission Chairman Marilyn Kirkpatrick and Albert Rivera, father of Jordyn Rivera, one of the 58 who perished on 1 Oct. 2017. Those who attend who wish to sit are encouraged to bring lawn chairs since limited seating will be available.

Available seating in the outdoor venue is being reserved for family members who lost loved ones in the attack. When capacity reaches 250 people, those arriving to attend the ceremony will be directed to remote viewing locations inside the Government Center. The locations include the Pyramid Room and the County Commission Chambers, both located on the first floor.

Clark County and the Las Vegas Metropolitan Police Department are co-hosting the event with the Clark County Fire Department and the Vegas Strong Resiliency Center. The remembrance will include one minute of silence, the Southern Nevada Multiagency Honor Guard, music from singer Paige Poggione and remarks from various individuals.

The Sunrise Remembrance will be aired live on Clark County Television (CCTV) and local news media TV stations and websites. The ceremony will be carried live at  HYPERLINK "http://www.Facebook.com/ClarkCountyNV" www.Facebook.com/ClarkCountyNV and  HYPERLINK "https://www.youtube.com/user/ClarkCountyNV/live" https://www.youtube.com/user/ClarkCountyNV/live. CCTV is available in the Las Vegas area on Channel 4/1004 on Cox cable and on CenturyLink on Channels 4 and 1004 as well as in Laughlin on Channel 14 via Suddenlink. CCTV is also available in Boulder City on Channel 4 and in Moapa Valley on Digital Channel 50.3. A recording of the event will be available on-demand later in the day on the County’s Facebook and YouTube pages @ClarkCountyNV.