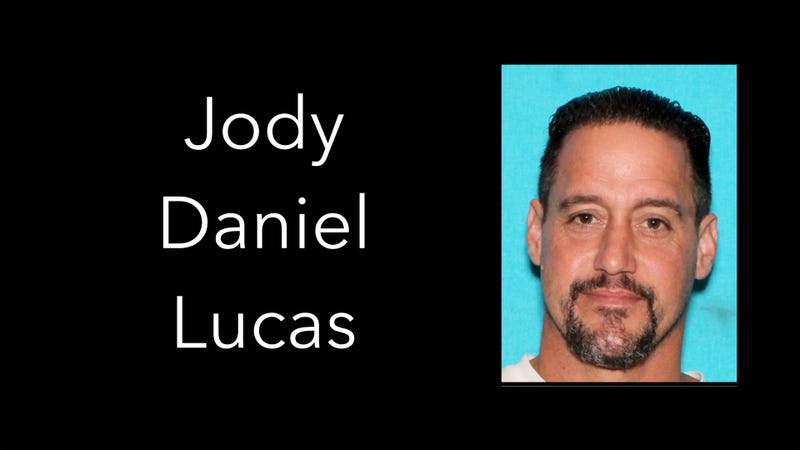 Metro had received reports that an intoxicated man was outside of an apartment yelling with a firearm. The LVMPD Air Unit arrived on scene and observed 42-year-old Jody Lucas on the third floor armed with a sub-machine gun. As the air unit orbited, Lucas pointed the firearm at them and then went into an apartment.

While this was occurring, arriving patrol officers began setting up containment based on the information reported by the air unit. An immediate action team responded to the third floor, led by Sergeant Diebold and included Officers Lapolla and Lea. Officer Hansen posted in a nearby building and was providing cover for the immediate action team.

Lucas exited his third-floor apartment and pointed his firearm towards the citizens in the pool. Officers fired several times striking Lucas who then fled down a nearby stairwell. Once Lucas reached the ground floor, he encountered Sergeant Trzpis who fired several more rounds. Lucas fell to the ground and was taken into custody. Officers immediately began life saving measures and applied two tourniquets prior to medical arriving.

Lucas was transported to Sunrise Trauma where he is currently listed in critical condition. Lucas has been booked in absentia for:

Assault with Deadly Weapon on a Protected Person (4 counts)

A video of the briefing can be viewed by clicking on the following link:

This is the 8th officer involved shooting of 2020. The LVMPD Force Investigation Team is conducting the investigation into the officer’s use of force in this incident. The findings will be forwarded to the Clark County District Attorney’s Office for review.

An examination of this incident is being conducted by the LVMPD Critical Incident Review Team. This review focuses on policy, tactics and training as it relates to this use of force.

This is an ongoing investigation. Anyone with any information about this incident is urged to contact the LVMPD Force Investigation Team at 702-828-8452. To remain anonymous, contact Crime Stoppers by phone at 702-385-5555, or on the internet at www.crimestoppersofnv.com.