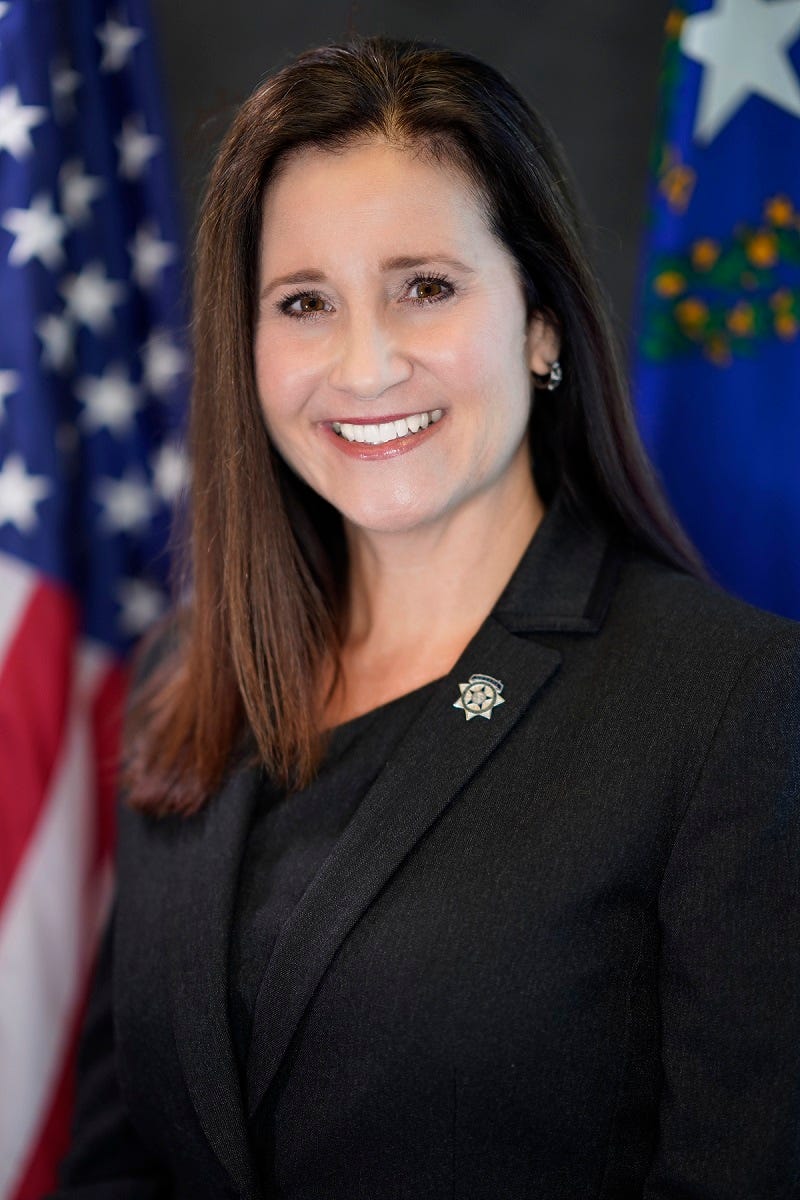 Carpenter takes over for former Colonel Daniel Solow, who announced his retirement earlier this month.

The appointment of Carpenter marks history, as she is the first woman to hold the position of Colonel for the Nevada Department of Public Safety, Highway Patrol Division.

Carpenter's  career with the Department began in 1995 as a DPS Officer. She has risen through the ranks, serving with the Parole and Probation Division as an Officer, Sergeant, Major, and, most recently, as Chief, overseeing 330 sworn officers and 264 non-sworn personnel.

Carpenter also served with the Highway Patrol Division, promoting to Lieutenant in December of 2005, overseeing the Day Shift Operations, Rural Operations, and Risk Management. In June of 2012, she was promoted to Captain and responsible for the Administrative Unit (including Dispatch, Evidence, Fleet, and Personnel), Commercial Vehicle Unit, Rural, Day Shift and Graveyard Operations, and the K9 / Interdiction Unit.

"Colonel Carpenter exemplifies leadership. Her depth of experience is invaluable as the Department continues to unify the efforts of its Divisions to provide the highest level of service and protection for all Nevadans," said Director George Togliatti.

"I am humbled to be appointed Colonel of the Nevada Highway Patrol, and work alongside the men and women who have dedicated their lives to public safety," said Colonel Anne Carpenter. "I look forward to working together with our partnering agencies and community members to ensure the safety and protection of every life on Nevada roadways."