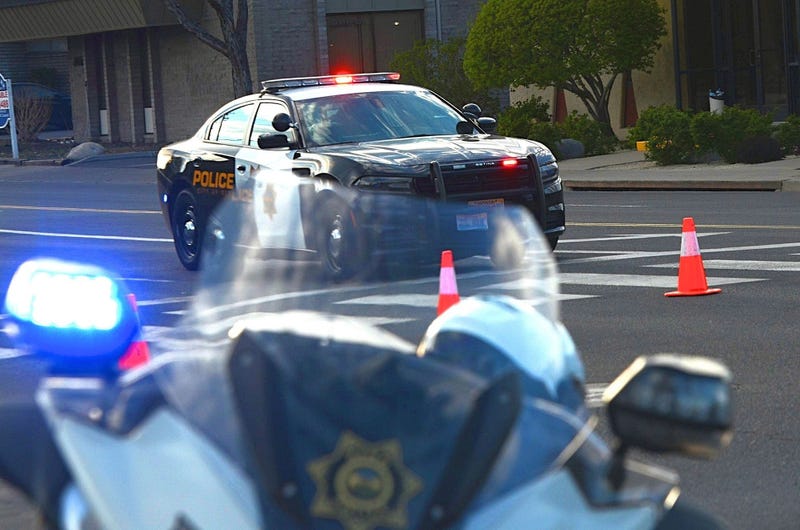 LAS VEGAS, NV (KXNT)- Southern Nevada's law enforcement community is treaming up to make sure we get to our destinations safe and sound.

The Nevada Highway Patrol is joining forces to increase high-visibility patrols through July 12th for motorists exceeding the speed limit. One-third of fatal crashes nationwide involve speeding, a statistic that is prompting local law enforcement to crack down on aggressive drivers and speeders.

Speed is a major contributing factor to driver, pedestrian and bicyclist fatalities, accounting for nearly one-third of all traffic deaths in Nevada. In 2018, there were 92 speeding-related fatalities on Nevada roadways. The Nevada Highway Patrol is... https://t.co/lI6a7rhUWE

Exceeding the speed limit is one of the most common factors contributing to traffic crashes and endangers everyone on the roadway. The National Highway Traffic Safety Administration estimates that the annual cost to society of speeding-related crashes is $40.4 billion dollars per year.

Bet Marty McFly and his yellow Mustang wish they could go back in time to where he wasn’t going 88mph in 35mph residential area in Henderson. He was probably just trying to get out of 2020. However those speeds are no laughing matter, especially in residential areas. #slowdown pic.twitter.com/CFRyqasMTP

Most motorists don't believe speeding is as risky as other behaviors, but driving too fast can turn a near miss into a crash or a fatality. The faster you drive, the less time you have to react. As your speed increases, so does the risk of serious injuries or fatalities in a crash.

“Every year the Nevada Highway Patrol complies statistics and data on fatal traffic crashes on Nevada's roadways, speed is always a contributing factor of at least 30 percent. The Nevada Highway Patrol will be putting more Troopers on the road with a focus on speed violations. Don’t become a statistic, slow down and arrive alive.” said Trooper Jason Buratczuk

More information about safe driving and the state’s Zero Fatalities goal is available online at www.ZeroFatalitiesNV.com.