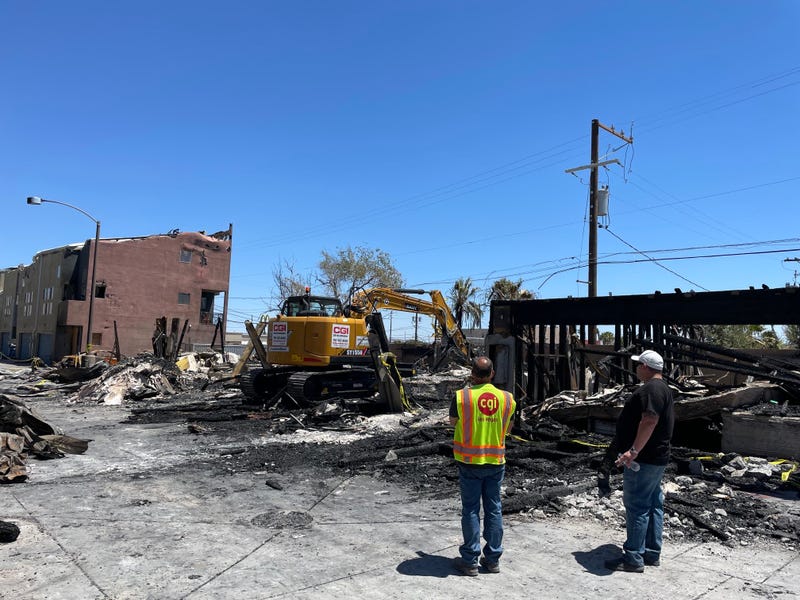 Las Vegas, NV (KXNT) – As the investigation continues into a fire that destroyed nearly a dozen buildings near downtown early Sunday, fire officials are saying the blaze doesn’t appear suspicious on nature.

One person suffered minor injuries. The fire is being called the largest that Las Vegas has seen in the last 25 years.

An arson dog was sent in to check out the scene and sniff out any signs that the fire may have been intentionally set, but nothing turned up.

The cause continues to be under investigation. More than 100 people were displaced by the fire in a neighborhood near Fremont and Eastern.
They’re being assisted by the American Red Cross.