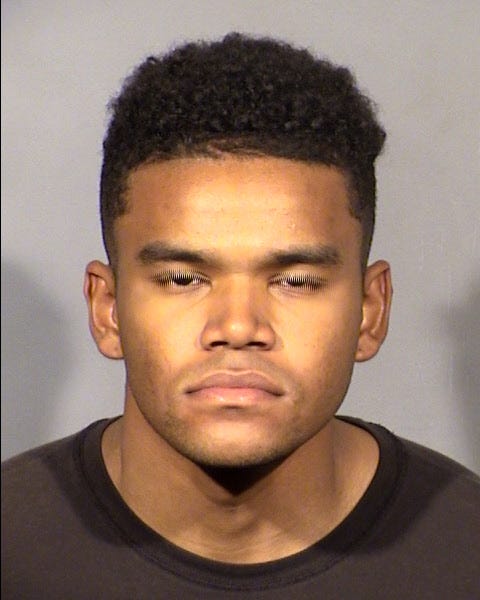 Michael Jones had served as a coach at Mojave High School since 2019.

The arrest stems from an investigation that was initiated at Mojave High School in October 2021. Jones’ employment has been terminated.

CCSDPD says Jones surrendered without incident, and was booked at the Clark County Detention Center. No other details in the case have been released

CCSD Police are asking anyone with information about the case or anyone who may have had inappropriate contact with Jones to call (702) 799-5411.

Video from the CCSD Police Department regarding the arrest is available on the department’s Facebook page at Facebook.com/CCSDPD.