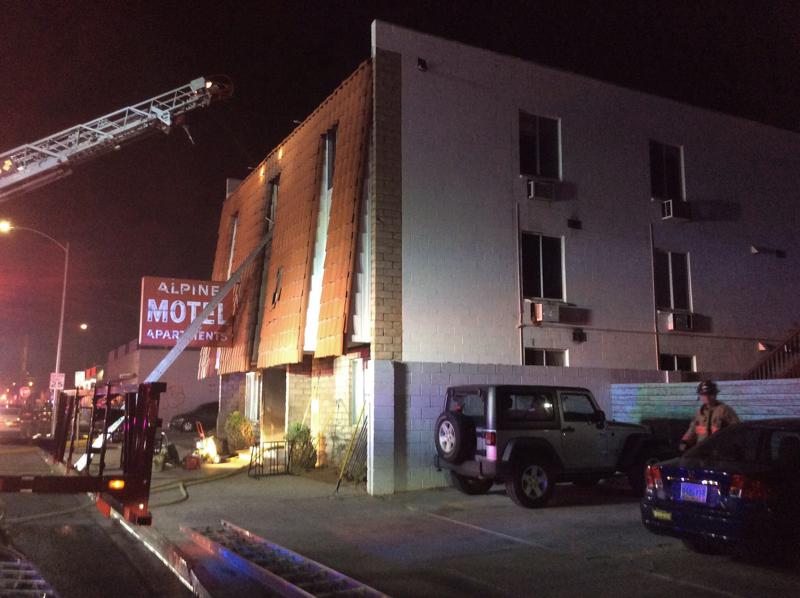 Las Vegas, NV (AP) - A Las Vegas rental property inspection program, which launched in response to the deadliest residential fire in city history, has gotten off to a sluggish start, with visits to just two of 36 potentially at-risk complexes, a newspaper found.

City lawmakers last April authorized at least once-per-year code inspections of properties built before 1981 that have four or more units, including aging multiunit and extended-stay buildings converted from motels or hotels to apartments.

The 36 properties in the program have more than 2,000 individual units among them, the Las Vegas Review-Journal found, citing city records.

Approaching the two-year anniversary of the deadly Alpine Motel Apartments fire, which killed six people, the newspaper found the timeline for completing initial inspections was unclear.

Mayor Carolyn Goodman said the program was slowed by the COVID-19 pandemic, staffing shortages and changes among city administrators.

“I would have hoped that we would have been much further along,” Goodman told the Review-Journal.

Inspections at two properties in October found violations including smoke alarms not working or missing in more than half of the 60 units visited, the newspaper found.

The city planned to re-inspect the properties this week.

Visits were tentatively scheduled for nine properties during the next two months, according to a city data log, leaving 25 buildings without an inspection date.

“I know that they’ve got a lot on their plate,” Don Walford, a local businessman and longtime downtown advocate, told the Review-Journal. “It just seems like the city just says things, but they never follow through on it.”

In a statement, Radke said inspectors handle an average of 25,000 inspections a year. Following a hiring freeze due to the coronavirus pandemic, the city plans to hire two more inspectors to raise the total to 16. Radke noted that city fire prevention officials also are enlisted if needed.

Quarterly training for landlords and tenants is expected to begin in 2022, and officials plan to provide a Dec. 15 update to the City Council on the status of the program.

The Alpine, built as a motel in 1972, had a history of fire code violations and police calls for service before the deadly fire that also injured 13 people.

An award-winning Review-Journal investigation found the property had not been inspected by fire officials for nearly three years, and that officials declined to designate it a chronic police nuisance that could have been shut down.

Inspectors found the fire started at an unattended stovetop in a first-floor apartment on a chilly winter night with temperatures in the 40s. Residents later complained there had been a lack of heat in the building.

The newspaper documented that the audible fire alarm had been silenced a month before the blaze and that a property manager had ordered an emergency exit door bolted shut.

The fire was the deadliest in Las Vegas since November 1980, when 87 people died and more than 700 were injured in a spectacular blaze at the MGM Grand