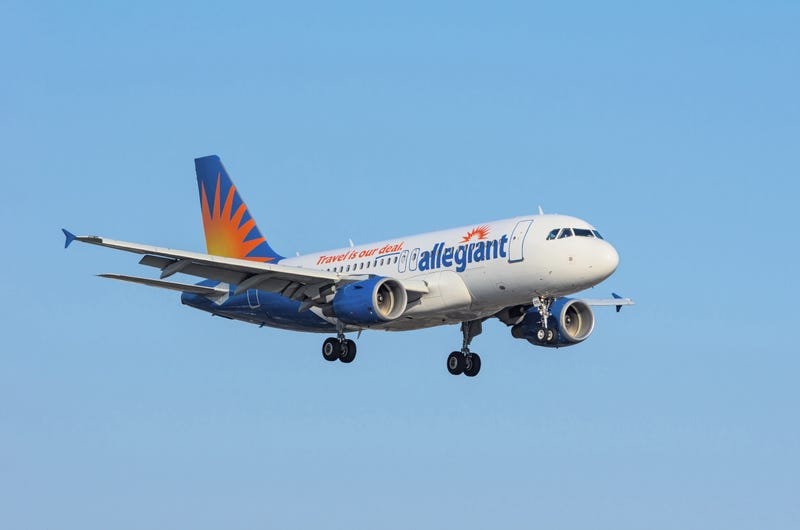 Las Vegas, NV (AP) - Budget airlines Allegiant and Viva Aerobus said Wednesday they will seek antitrust immunity from the U.S. and Mexican governments to work together on setting prices, schedules and routes on flights across the border.

Las Vegas-based Allegiant said it will invest $50 million in the Mexican carrier as part of the deal, which it said was the first of its kind involving two ultra-low-cost airlines.

The airlines said they expect to begin flights under the alliance in the first quarter of 2023, pending approvals from the U.S. Transportation Department and Mexico’s Federal Economic Competition Commission.

Maurice Gallagher, chairman and CEO of Allegiant Travel Co., is expected to join the board of Viva Aerobus, which is based in Monterrey, Mexico. Gallagher said the deal should lead to lower fares for cross-border travel. Allegiant aims to add new destinations in Mexico including Cancun, Los Cabos and Puerto Vallarta.

Viva Aerobus flies to some U.S. destinations but admits it has failed to catch on with American travelers, who don’t know the brand. CEO Juan Carlos Zuazua said the U.S.-Mexico market has become the world’s largest international market and has outperformed others during the coronavirus pandemic.

Similar alliances have become common among larger airlines that fly between the U.S. and both Europe and Asia. Airlines share revenue under such deals, but Allegiant and Viva Aerobus did not detail the financial terms of their agreement and asked the Transportation Department to keep the information secret.

Under previous administrations, U.S. regulators have granted antitrust immunity to several other airline tie-ups. However, in September the Biden administration’s Justice Department filed a lawsuit to block a more limited cooperation agreement between American Airlines and JetBlue Airways, saying it would reduce competition and lead to higher prices.

Both Allegiant and Viva Aerobus cater to leisure travelers and mostly serve vacation destinations. As ultra-low-cost-cost carriers, they typically offer cheaper fares than bigger airlines, but they charge fees for many things that are often free on other airlines, such as bottled water, soda, and bringing a carry-on bag.