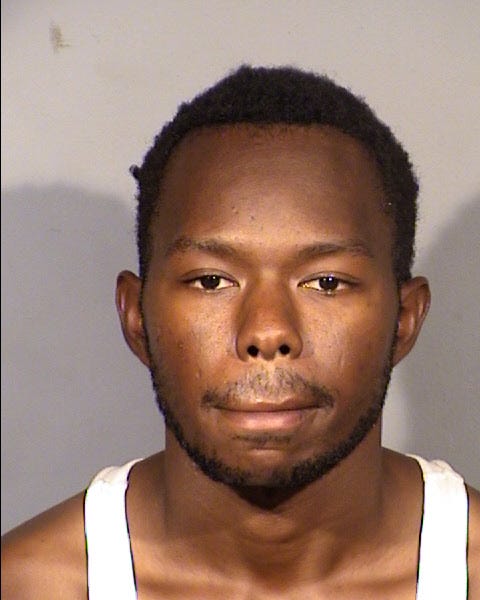 Las Vegas, NV (KXNT) – Las Vegas Metro Police is on the hunt for the man they say stabbed a security guard after the guard stopped him for suspicion of shoplifting merchandise.

Police say when the man was stopped, he produced a knife and stabbed the guard before fleeing the scene on foot. The condition of the security guard was not made public.

The subject has been identified as Joseph Warren Cunningham. He is a black male adult, age 24, 5'10, 150, black hair, brown eyes. He was last seen wearing a black beanie, red zip up hoodie and blue jeans.

Anyone with information is urged to call the Las Vegas Metropolitan Police Department Commercial Robbery Section at (702) 828-3591. To remain anonymous, call Crime Stoppers at (702) 385-5555 or visit www.crimestoppersofnv.com.

Tips directly leading to an arrest or an indictment processed through Crime Stoppers may result in a cash reward.